Must RBI Fear The Lawyers? 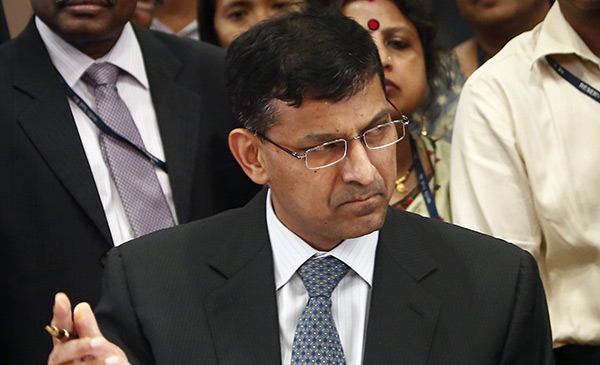 08 November, 2014
Print this article Font size -16+
‘To the extent that private parties with their high priced lawyers can check the regulator, that healthy respect dissipates’, lamented Raghuram Rajan, governor of the Reserve Bank of India, speaking at the SBI banking conclave yesterday. Lawyers can be a nightmare for anybody, the higher priced ones even more so. But must India’s banking regulator fear them?

Rajan’s speech on the Justice BN Srikrishna led Financial Sector Legislative Reforms Committee (FSLRC) - the first time that the central bank has opened up about its reservations - left one wondering if the RBI has grown used to its cocoon, where any sort of dissent is expressed only in whispers. Calling the Committee’s recommendations schizophrenic, Rajan said that the tendency to over-legislate should be avoided. While some of the suggestions in the Srikrishna Committee report merit tempering, that still is not a case for RBI to cry wolf.

In it’s March 2013 report, the FSLRC had recommended sweeping changes in the financial sector in India, including having just two regulators, one for banking (the RBI), and a SeSEBI like body to oversee all non-banking financial activities, including the capital markets, commodities, insurance and so on. It also mooted the idea of an appellate body where all decisions of these two regulators can be appealed.

This is what seems to have gotten the apex bank’s goat. In his speech on Tuesday (17 June), Rajan made three arguments against a Tribunal - an appellate body may not have the capability to sit in judgment over the regulator’s decisions, having a forum for appeal will only invite appeals and that if there was a forum to over-rule decisions of the central bank, the respect for the bank itself would dissipate, making it a paper tiger.

Day-to-day decisions of a regulator cannot be questioned in any jurisdiction across the world, says Abizer Diwanji of Ernst & Young. And there is no reason why India should be any different. But that should not be an argument against Tribunals as a whole. Tribunals have worked rather laudably in the case of Securities Appellate Tribunal, where very few people accuse the Tribunal of over-reaching its mandate.

That said, there is indeed a case to be made for ring-fencing the regulator from all sorts of frivolous appeals. Else, decision making will be in jeopardy. As Rajan explained in his speech, a regulator has the advantage of being able to nip dangerous tendencies (such as a product which poses disproportionate risks to the system) in the bud. Having to prove the rationale for such decisions in a court of law may well be impractical. Take for example, an unsuccessful applicant for a banking licence might well want to challenge the decision. Now, to publicly explain why an applicant was found ineligible might be detrimental to the applicant itself, if not the larger system. Or, take for example a gold loan company aggrieved with an RBI mandate that Loan-to-Value ratios were reduced for the industry. The bank should not have to defend why they found a ratio of 60 per cent safer than 75 per cent.

The FSLRC, on the other hand, seemed to be of the opinion that everything should be liable to appeal. Speaking with BW| Businessworld last year, Justice Srikrishna explained their rationale, “The regulator cannot make rules overnight. Before he makes a new regulation, he should in advance say why he is doing so and what he wants to achieve… The problem is our regulators don’t want to be questioned. If you are saying that according to prudential norms, capital adequacy (ratio) should be X, is somebody not entitled to ask why X? While that is an ideal situation, it is easy to see how it could get abused in a country like India.

PwC’s Shinjini Kumar says the appellate mechanism may be a relevant idea where RBI exercises authority under FEMA and the aggrieved party is not a regulated entity.However, extending this to policy related decisions or supervisory action taken by the central bank may be complicated and weigh down the process.

Rajan is his speech argued that sufficient checks existed in the form of the courts, and government appointment of key officials. But it is a testimony to the inefficacy of that option that, unlike in the case of Sebi, very few people openly question the RBI, fearing its iron hand, except in private huddles. No, not even the higher-priced lawyers.
Tags assigned to this article:
rbi banking web exclusives top 2 sebi raghuram rajan fema abraham c mathews financial sector legislative reforms committee appellate mechanism