Mumbai Is Most Expensive City For Expats In India 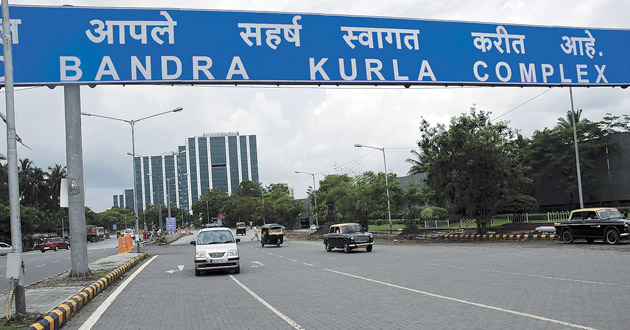 17 June, 2015
Print this article Font size -16+
Mumbai has ranked 74th in the global survey of the most expensive cities in the world by Mercer's 21st Annual Cost of Living Survey 2015. The Maximum City is followed by New Delhi  at 132 and Chennai at 157, which rose in the ranking by 25 and 28 spots, respectively. It climbed 66 places in the ranking due to its rapid economic growth, inflation on the goods and services basket and a stable currency against the US dollar.

Mumbai has witnessed higher inflation over the last one year as compared to other metro cities, higher cost of fuel, transportation, increased prices of food items, home services and rentals, impacting the cost of living in Mumbai while Kolkata (193) is the least expensive of Indian metro cities, climbed in the ranking, as well.

Luanda, the capital of Angola, has been rated the world’s costliest city to live in, for the third consecutive year by Mercer’s Cost of Living Survey 2015, unveiled today. Hong Kong (2), Zurich (3), Singapore (4) and Geneva (5) top the list of most expensive cities for expatriates. Tel Aviv (18) continues to be the most expensive city in the Middle East for expatriates. Asian cities dominate the top 10 costliest cities rankings along with major cities in Switzerland in the report.

“With a large number of Indian multinational organisations progressively expanding their footprint abroad, 85% of multinationals are expecting expatriate assignments to increase over the next two years to address business needs,” said Ruchika Pal, India Practice Leader, Global Mobility at Mercer. “Indian companies have been bullish on sending employees abroad and view this strategically for multiple reasons. Companies send critical and experienced talent for launching foreign investment, filling in for skill/managerial gap or for developing leaders and careers”, she further added.

“Organisations continue to recognize the importance of international assignees. What they need to evaluate even more closely is the impact of political and economic factors such as currency stability, inflation, and political instability, to balance cost versus competitiveness of the expatriate’s compensation package,” added Ms. Pal.

Many Indian companies with operations in Commonwealth of Independent States (CIS) countries remained concern in 2014 over the devaluation of currencies in Russia, Ukraine and Kazakhstan, as it had a direct impact on the cost of living and purchasing power parity. Moscow (50) and St. Petersburg (152) dropped 41 and 117 spots, respectively, as a result of Russia’s ruble losing significant value against the US dollar, lower oil prices, and a lack of confidence in the currency following Western sanctions over the crisis in Ukraine.

Across continents, countries with the highest expected increase in the number of Indian international assignees are South Africa, UAE, UK and USA.  Despite climbing 5 spots, Cape Town (200) in South Africa continues to rank as the least expensive city among these four countries, owing to the South African rand being weak against the US dollar. Dubai (23) and Abu Dhabi (33), have all climbed in this year’s ranking. Many currencies in the Middle East are pegged to the US dollar, which pushed the cities up in the ranking. Steep increase for expatriate rental accommodations particularly in Abu Dhabi and Dubai also contributed to the increase of the cities in the ranking.
Tags assigned to this article:
more 4 new delhi singapore hong kong chennai mumbai web exclusive geneva zurich luanda angola mercers 21st annual cost of living survey 2015