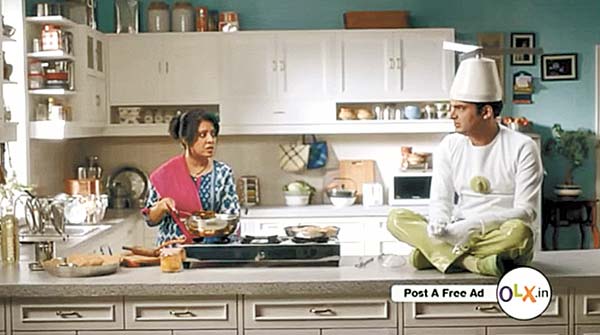 08 November, 2014
Print this article Font size -16+
E-commerce has been the big engine for growth for many industries this year — from logistics to advertising. A report by IAMAI and IMRB on digital advertising in India forecasts that we will close 2014 with a spend of Rs 2,750 crore. That’s a year-on-year growth of 22 per cent. The spurt in digital advertising has undoubtedly been fuelled by growth in the e-commerce industry that contributed close to 20 per cent of the digital pie.

According to the report, the digital ad spend by the e-commerce industry has been growing at a compound annual growth rate (CAGR) of 59 per cent since 2011 and is tipped to reach Rs 495 crore by end of fiscal 2014-2015. Certainly,  players such as Flipkart, OLX and Quikr have grabbed not just TV ad space but eyeballs on digital media as well.

What has led to high digital ad spend in e-commerce is growing competition from new players and existing players getting into new product categories. This year, we saw innovations such as exclusive launches of mobile phones on e-commerce sites with heavy advertising to drive traffic to these portals.

Search and display continue to get the lion’s share of digital ad spends. Search ads constitute 38 per cent of the overall spend, followed by display ads that contribute 29 per cent. Social media has got 13 per cent of the spend.