Giving an example of the setting up of a development finance institution (DFI), he said the government recently created the National Bank for Financing Infrastructure and Development (NaBFID) to fund the huge infra requirement. 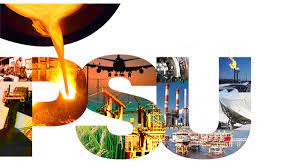 Defending privatisation policy, Principal Economic Adviser Sanjeev Sanyal on Saturday said most of the public sector undertakings (PSUs) that the government intends to sell were actually created by the private sector.

Stressing that this government is unapologetic about privatisation, he said "you (Opposition) made the point that this (PSUs) has been built through the blood and sweat of the public sector. So, let me put the record straight on this: Actually much of what we are attempting to privatise were actually built by the private sector."

Citing an example, he said Air India was simply taken away from the private sector and nationalised in 1953.

"In 1969, banks were simply taken away and nationalised. So, when people say that these institutions were built by the blood and sweat of the Indian bureaucracy, let me point out to you that these things were originally built by private companies," he said at India Today Conclave.

He said that Finance Minister Nirmala Sitharaman has already outlined strategic and non-strategic sectors for the purpose of privatisation and there will be bare minimum presence of the government in the strategic sector.

He also said the government will not shy away from creating new public sector entities where ever required.

Giving an example of the setting up of a development finance institution (DFI), he said the government recently created the National Bank for Financing Infrastructure and Development (NaBFID) to fund the huge infra requirement.

Talking about the banking sector, he said it is part of the strategic sector and the government will have its presence in the sector.

"There are certain reasons you want to do that...the fact of the matter is there are problems with private sector banking as well as. We have seen certain instances like YES Bank and so on. So, this is a sector where you need a public presence as well," he said.

Many countries around the world have retained some public banking systems, or even had in the case of the global financial crisis to nationalise, he said.

Last year, the capital-starved YES Bank was placed under a moratorium and its board was superseded. Multiple agencies are investigating fraud done by the erstwhile management.