Most New Billionaires From Asia 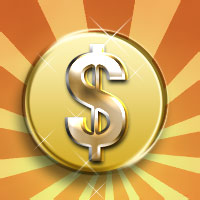 08 November, 2014
Print this article Font size -16+
Notwithstanding the current economic uncertainty, Asia has recorded the largest increase in its billionaires club in the world with 18 new billionaires in 2013, making it the fastest-growing region, a report says.

According to the Wealth-X and UBS Billionaire Census 2013, Asia saw the highest percentage rise in billionaire population (3.7 per cent from 2012) and total wealth (13 per cent) in 2013, making it the fastest-growing region.

Wealth-X is a global wealth intelligence and prospecting company and UBS is a financial services major.

The report noted that Asia is "driving the tectonic shifts in wealth globally" and added it would catch up with North America in five years.

The study that focused solely on persons with a net worth of USD 30 million and above (after accounting for shares in public and private companies, residential and investment properties, art collections, planes, cash and other assets), said Asia has 44,505 ultra-high net worth individuals, whose total wealth amounted to $6,590 billion.

As per the report, the global billionaire population reached a record 2,170 individuals in 2013. The average net worth of the world's billionaires stood at $3 billion.

The report - which looks at the global billionaire population from July 2012 to June 2013 - examined this tier of the ultra affluent population by region, country, gender and the sources of their wealth.

Despite popular notions of billionaires being jet -setting, cosmopolitan individuals, most billionaires are still based in the same locations where they were raised.

Around 60 per cent of billionaires are self-made, while 40 per cent inherited their wealth or grew their fortunes from inheritance.

Only 17 per cent of female billionaires are self-made, while 71 per cent gained their fortunes through inheritance.