More Power To The Sun 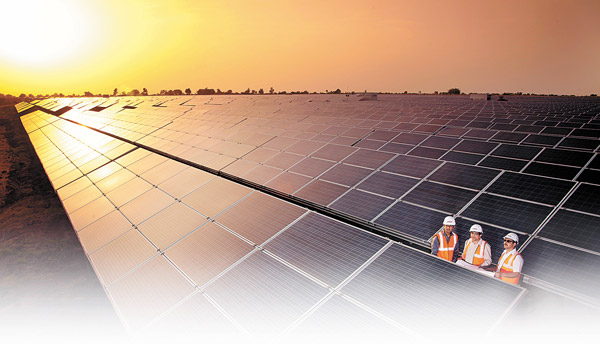 08 November, 2014
Print this article Font size -16+
A year after solar power projects were allocated to developers, India’s sunrise sector is finally seeing some movement. The southern states of Tamil Nadu and Andhra Pradesh recently announced tenders for solar power projects to the scale of 1000 MW each.  And if the consultation meetings in Tamil Nadu are anything to go by, there is palpable interest. The state had to hold two meetings instead of the one planned because of the sheer number of people who showed up. “There’s very little happening in Gujarat and other states. So there’s significant interest,” explains Sanjay Chakrabarti, national leader, cleantech, Ernst and Young.
And it’s not just developers who are keen. “I came across a good number of solar cell and module manufacturers. The EPCs (engineering, procurement and construction companies) were most in numbers,” says Narasimhan Santhanam, director of Energy Alternatives India (EAI), a Chennai-based cleantech consultancy firm.
Industry experts say issues like availability of finance and the possible anti-dumping duty (ADD) on solar cells and modules may take the sheen off things. A flood of cheap photovoltaic (PV) cells and modules from countries such as China have hit Indian manufacturers, prompting the government to begin ADD investigations. While this is beneficial for equipment manufacturers, imposition of ADD could prevent solar power developers from obtaining modules from the cheapest sources. The cost of financing for developers could also take a hit. “Since many of the manufacturers from the countries being investigated also facilitate low-cost financing, ADD on such manufacturers will cut-off cheaper financing options, reducing the viability many projects,” explains Madhavan Nampoothiri, founder and director RESolve Energy Consultants.
Since the bidding process is expected to be over in both Tamil Nadu and Andhra Pradesh before the ADD investigations are completed, Nampoothiri believes bidders will bid cautiously at higher prices. For Tangedco or APTransco, this would mean having to sign power purchase agreements (PPA) at higher rates than if there was no investigation.
Interestingly, Tamil Nadu hasn’t specified an upper limit on the size of the projects, only a lower limit at 1 MW. “I would’ve preferred 50-100 MW. That’s where you bring in economies of scale (in larger projects),” says Chakrabarti.
Andhra Pradesh — contrary to the large scale that many in the industry believe the sector requires — has stipulated an upper limit of only 20 MW.
How things finally shape up will only be evident once the pre-bid meetings are held on 14 December for Andhra Pradesh and 19 December for Tamil Nadu.