Kolkata (West Bengal) [India], July 29 (ANI): One of the most iconic football clubs, Mohun Bagan got featured on the NASDAQ billboards in New York's Times Square on Wednesday.
Mohun Bagan was paid tribute by American stock exchange NASDAQ on the occasion of Mohun Bagan Day 2020.
"The pictures from NASDAQ is a testimony to the fact that Mohun Bagan belongs to a different league. Huge day for all the Mariners!! Happy Mohun Bagan Day Mariners," official handle of Mohun Bagan tweeted. 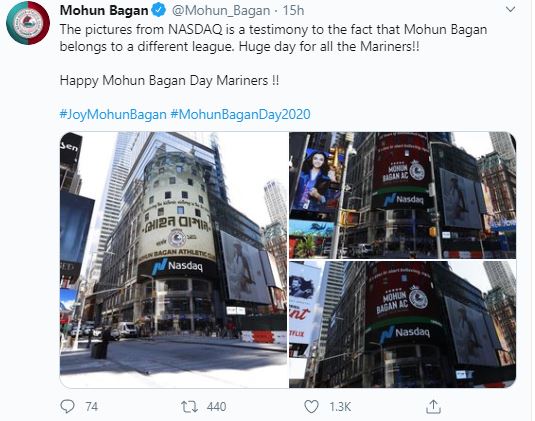