Modi Meets Bankers: A Mere Pow-wow Will Not Help 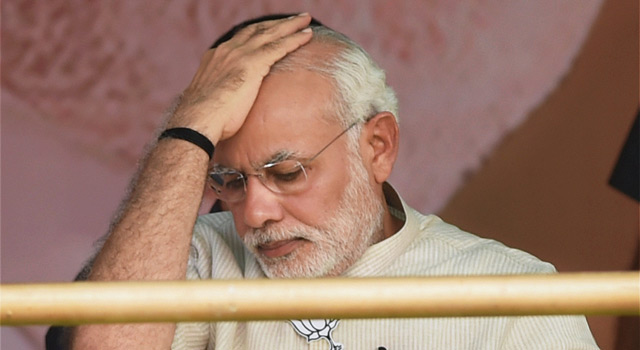 08 September, 2015
Print this article Font size -16+
Raghu Mohan says if anything, banks must be complimented for practicing the art of “lazy banking”

In early January this year, Prime Minister Narendra Modi made a call to end "lazy banking" on the last day of the bankers' retreat, 'Gyan Sangam'; he asked banks to play a proactive role to help the common man. Noble as these intentions are, for the better part of the year banks were more worried as to when and how much capital would come in from the Centre by way of capital infusion ahead of Basel-III which kicks in from fiscal 2019 -- we are talking about state-run banks which account for 76 per cent of the banking industry’s assets.
In August (eight months after Gyan Sangam), we finally got a roadmap on the numbers. That state-run banks -- over a four-year period -- would need Rs 1.80 lakh crore in capital. Of this, these banks would have to tap the bourses to raise Rs 1.10 lakh crore. Financial Services Secretary Hasmukh Adhia said these estimates were based on credit growth rate of 12 per cent for the current year, and 12-15 per cent for next three years which will depend on the size of the bank. The Centre’s share will be Rs 70,000 crore over this period -- of this Rs 25,000 crore each will be infused in 2015-16 and 2016-17 and Rs 10,000 crore each in 2017-18 and 2018-19.
This assurance is good, but there’s nothing to suggest that more capital will not be sucked in. In the six months since the Gyan Sangam, what’s happened is that the bad-loan situation has worsened. Mint Road’s Financial Stability Report (June 2015) observed that while risks to the banking sector had moderated marginally since September 2014, concerns remain over the continued weakness in asset quality indicated by the rising trend in bank’s stressed advances ratio.
Gross non-performing assets (NPA) went up to 4.6 per cent from 4.5 per cent between September 2014 and March 2015. So too restructured standard assets to 11.1 per cent (10.7 per cent). State-run banks recorded the highest level of stressed assets at 13.5 per cent of total advances as of March 2015. You can take relief that the net NPAs of banks remained unchanged at 2.5 per cent during September 2014 and March 2015.
The FSR was of the view that the current deterioration may continue for few more quarters; that falling profit margins and debt repayment capabilities of India Inc., add to these concerns though the overall leverage level in Indian economy is comfortable when compared to other jurisdictions.
That pain is to going to be around for some time is once again highlighted by Ernst & Young’s (Fraud Investigation & Dispute Services) report on `’Unmasking India’s NPA issues – can the banking sector overcome this phase?’ The report (released today: 8th September) is based on the responses received from over 110 respondents during the period November 2014–March 2015. The principal respondents were bankers from state-run, private, foreign and co-operative banks; they were drawn from vigilance, credit, operations, legal, compliance, asset recovery, audit, and finance departments. And this is what it said.
·         72% said that the borrowers are misusing the restructuring norms
·         Around 86% of the respondents stated that existing monitoring procedures such as internal audits and concurrent audits alone were not enough to verify adequate functioning of the NPA mechanism. This highlighted the need to strengthen internal processes and controls for early detection of issues.
·         91% respondents stated that forensic audit must be made mandatory to ascertain the intent of the borrower and further 54% respondents that this would help in weeding out ‘wilful defaulters’ from genuine borrowers and thereby reduce recovery costs/efforts
·         44% stated the impact on provisioning or performance of the bank branch is one of the key reasons that are preventing banks from reporting borrowers as ‘wilful defaulters’
·         Only 15% of the respondents seemed optimistic and think that NPA numbers will be curbed due to regulatory changes and increase supervision by the Reserve Bank of India (RBI). The RBI recent circular ordering all banks to ensure vigilance during the pre-and-post sanction due diligence processes is expected to prove a step in the right direction.
·         86% respondents stressed on the need for an effective mechanism to identify hidden NPAs. Additionally, around 56% stated that used of data analytics and technology can be an efficient enabler to identify any red flags or early warning signals.
·         68% of the respondents said that developing internal skill sets on credit assessment/ evaluation are necessary
The point here is all of the above information comes from the deep recess of banks – the great watering hole at which all of India Inc., drinks from. What more information do the authorities need?
Finance Minister, Arun Jaitley knows only too well what the issues are. On August 21 this year, he made reference to the all-out efforts launched to correct the current "unacceptable" level of bad loans in state-run banks.
“NPAs, which have reached to the present level are unacceptable. They reached this level partly because of indiscretion, partly because of inaction, partly because of challenges in some sectors of the economy, which were evident through the high NPA in these sectors," he said.
On today’s meet, Arundhati Bhattacharya, chairperson of the State Bank of India said: “we have suggested to the Government to revive stalled projects and make investment climate more conducive and business friendly. We understand that Government is keen on improving conditions for doing business and making efforts in that direction.”  You can’t expect the head of a state-run bank to say more than that, but how are to do this when banks’ are not able to lend without a proper policy on NPAs or specific business areas?

As for “lazy banking”, look no further than the Reserve Bank of India (RBI) to know why it is so. Despite Mint Road’s slash of the statutory liquidity ratio (SLR) — the percentage of deposits that banks have to invest in government securities (G-Secs) – over time to 21.3 per cent from 23 per cent, banks continue to hold around 28 per cent (by way of SLR).
In its Annual Report for 2014-15, Mint Road explains the reasons for the excess holding of SLR by banks: “… the buffer providing access to collateralised borrowings from the wholesale funding market and the Reserve Bank. Maintaining excess SLR securities also helped banks to weather the impact of the current slow phase of the economic cycle on their balance sheets and earnings”.
Simply put what it means is that banks held excess by way of SLR – that is, they chose to invest higher amounts in G-Secs — as they could pledge them to raise funds from the money markets; and that at a time of dip in bank’s asset quality, such investments stood them in good stead.
If anything, banks must be complimented for practicing this art of “lazy banking” (!). It’s better to do so than lend more monies after bad, and then twiddle your thumb in private despair when it does not return home.
The pow-wow today between the prime minister and industrialists, bankers and economists make for great optics; and may help sooth frayed nerves – but the remedial has to be done on the ground.
Tags assigned to this article:
raghu mohan prime minister narendra modi bankers npa lazy banking