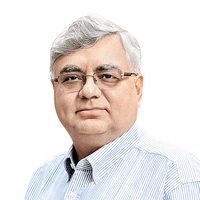 08 November, 2014
Print this article Font size -16+
It seems that GAAR, or the General Anti-Avoidance Rules, will have to wait for another three years, thanks to the expert committee headed by Parthasarathi Shome, which was appointed by the finance ministry to reassess the draft GAAR guidelines after corporate chiefs and foreign investors raised concerns over the sweeping coverage of the proposed rules.
“The tax system confers significant discretionary powers on officials,” says Ketan Dalal, tax leader at PwC. “The architecture of the system needs to be first strengthened to bring in more accountability. The issue becomes very vexed due to the inherent subjectivity.”
In the prevailing political and economic environment, overly enthusiastic tax officials could apply the rules with little discrimination. The Shome Committee report points out that GAAR is meant to act as a deterrent to tax avoidance, not a revenue-maximising measure.
What has cheered people more is the committee’s recommendation that puts the onus of proving tax avoidance on the assessing officials; in the past, firms had to prove they had complied with tax laws.
The committee has also recommended recognition of tax treaties; when GAAR was introduced in the annual budget this year, the perception was it could be invoked even if there was a tax treaty protection: in other words, domestic rules trumped international law. The committee has suggested the reworking of tax treaties (like those with Mauritius or Singapore) where appropriate, and until then, the benefits would continue to accrue.
Much more radical was the committee’s proposal to do away with capital gains tax on listed securities. Short-term capital gains tax at 15 per cent nets about Rs 3,000 crore a year (long-term capital gains tax is zero). The cost of tax administration, and resultant litigation tend to be  higher than capital gains tax revenues.
The report points out that in the US and UK, besides developing economies such as Mexico, there is no capital gains tax on sale of securities or shares. Favouring such a rule, the panel suggests that a marginal increase in the securities transaction tax that will achieve the same revenues.
But even this report has some irritants. The proposal puts the onus of identifying tax avoidance devices or structures on tax professionals as part of the tax audit process. It’s near impossible to implement such a rule, say experts.
Audits are almost always about certifying questions of fact. The current format for tax audit report has a checklist of items that the auditors must certify.
To bring in subjective assessments about whether a device or structure exists for tax avoidance extends the scope of an auditor’s work into the realm of forensic investigation.
Mumbai-based tax advisor T.P. Ostwal suggests that if at all such a proposal is included in the final draft, it should be ring-fenced with a limited checklist, which the auditor can then cross to certify compliance by the company.
Dalal points to another fallout: very often, the auditor who conducts a tax audit is also the one who conducts a statutory audit. If the tax audit identifies a device as likely to be labelled tax avoidance, the statutory audit will have to insist on the creation of a contingency to meet the tax obligation if it is deemed tax avoidance.