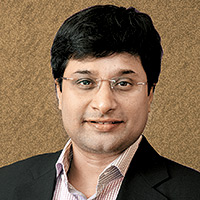 08 November, 2014
Print this article Font size -16+
Despite a 19 per cent gain in the benchmark indices, the long drought in the primary market extended to the whole of the last fiscal. Of the 38 companies that raised capital in 2013-14, 37 were ‘mini’ public issues on BSE and NSE’s SME platforms. The lone main board public issue in the last financial year was the one floated by search engine business Justdial, which raised over Rs 919 crore from retail and institutional investors — 1.74 crore shares (or 25 per cent stake) to public shareholders at Rs 530 apiece.

The company debuted on the exchanges at Rs 590 a share, quoting at a 11 per cent premium to the offer price. The intial public offer (IPO) assured V.S.S. Mani, Justdial’s promoter, of a place in BW’s super rich list this year. As on 31 March 2014, Mani’s 33 per cent stake in Justdial was worth Rs 3,597 crore. Justdial shares have gained hugely since their listing in June 2013, with the stock currently trading at Rs 1,400 apiece. The company’s market cap has surged to over Rs 9,900 crore.

“We are a user-focused company; and an ever-evolving one at that. Our focus is to provide world-class products and services to our users,” says Mani, adding, “if at all we lose sleep, it would be to bring improvement in our products, processes and systems. We shall speak about competition when we face it.”

Even though Justdial gave investors good returns, in terms of a premium listing and subsequent price buoyancy, the issue failed to rev up the dormant primary market. The issues that followed were all meant for SME platforms. The biggest amongst them — Kushal Tradelink, Amrapali Capital, VCU Data Management and eDynamics Solutions — managed to raise between Rs 15 crore and Rs 28 crore. IPO mobilisation stood at a dismal Rs 1,205 crore. In contrast, the highest-ever mobilisation via IPOs was in 2007-08, when firms raised over Rs 41,323 crore from the general public and institutional investors.

According to Pranav Haldea, MD, Prime Database, the market has not seen many IPOs over the past three years largely due to poor market sentiment, secondary market volatility, promoter valuation expectation gap and a lack of appetite for equity of big issuers in the infrastructure space. Brokers and merchant bankers expect a revival in the primary market towards the second half of the current fiscal. Companies will have to tap equity markets to raise funds or give private equity firms a chance to exit.

“IPO markets always trail secondary markets in terms of revival; the former takes 9- 12 months more to gain momentum. We’ll see IPOs from the third quarter,” says Nilesh Shah, MD and CEO of Axis Capital. As per Prime Database, over 900 companies have plans to raise funds through public issues. This, in a way, indicates that there will more ‘IPO billionaires’ next year.