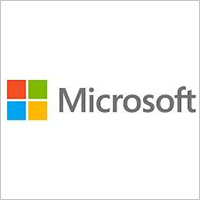 08 November, 2014
Print this article Font size -16+
Microsoft Ventures in India announced the first set of initiatives under the Think Next programme, in association with iSPIRT Foundation. These initiatives are aimed at resolving the key issues responsible for the lack of meaningful exits in India’s software product industry, which is a major cause for concern among India’s product startups.

Together with iSPIRT, Microsoft Ventures will conduct workshops to prepare Indian entrepreneurs for M&A, focusing on due diligence, valuation and presenting on their behalf to potential acquirers. As part of their M&A connect program, iSPIRT will continue to build deep relationships with Corporate Development teams in large organizations to gain insights into their mandates and priorities, and work closely with VCs and entrepreneurs to help facilitate exits through acquisitions.

Launched in May 2014 by Microsoft Ventures in India, Think Next provides a forum to sharpen conversations in the startup ecosystem by providing a platform for all stakeholders to network, deliberate and take measurable steps to resolve some key issues. A key topic of discussion at the first Think Next event in May was why, despite huge innovation and rising entrepreneurship, most Indian product companies have not been able to achieve meaningful exits. According to global numbers released by E&Y, the first quarter of 2014 saw $66.6 billion in disclosed deal values, the highest in 14 years. However, India presents a rather less rosy picture. According to a recently released study by iSPIRT and Signal Hill, India has seen 159 M&A deals in the timeframe 2010-present, at an overall value of $1.78 billion.  This means that the average deal size is $11 million, nearly 10 times lower than that of the Silicon Valley!

“It is easy to lose important data on touch screen devices. Today, iPhones have a huge market share in the smartphone category. We have observed an increase in demand for a tool that can easily recover lost data from these devices from our customers, over a period of time. Therefore, to address this need we have introduced ‘Stellar Phoenix Data Recovery for iOS’ which is a robust utility that facilitates data recovery from iOS devices in just a few clicks.’ said, Sunil Chandna, CEO, Stellar Data Recovery.

Reinforcing the growth agenda, the appointment of the new Data Networking head is a part of the company’s initiative to hire strategic talent and strengthen leadership at Avaya. Jitendra brings with him more than 21 years of professional experience in sales, product management, marketing and channel management with leading networking and security companies. He most recently served as the Director, Partner Sales at Juniper Networks for India & South Asia region with a responsibility of building & leading Juniper’s India partner sales organization. Prior to Juniper, Jitendra worked with Extreme Networks for 6 years as Country Manager for the India region. His responsibilities at Avaya will include further developing the networking business and expanding the strategic enterprise portfolio in the region.

The Internet for All Challenge calls upon this generation of digital natives to use technology innovatively and find solutions to pressing social needs, empower societies, drive inclusive growth and promote meaningful dialogue for peace across the globe.

Morten Karlsen Sorby, CEO, Uninor said, "Through the Internet for all Challenge, we aspire to get the youth to start thinking about Internet as a medium to address pressing social issues. Platforms like the IFA Challenge and the Telenor Youth Summit encourages exchange of ideas, build trade and fosters communication between people and nations, thereby allowing focus of energy from conflicts to resolutions”.

Arohan Financial Announces issue of Non-Convertible Debentures
Arohan Microfinance, a Financial Inclusion player headquartered in Kolkata, has issued two new series of non-convertible debentures. The first, worth Rs 29.05 crore, has been issuedto a Luxemborg based investor, and another worth Rs 15 crore has been issued to the Microfinance Initiative for Asia (MIFA) Debt Fund.

The MIFA Debt Fund is sponsored by KFW, IFC, the EU and the German Ministry of Economic Development. It is managed by BlueOrchard Finance, the investment advisor. These debentures are Arohan’s second and third series of securities respectively,to be listed on the BSE, and have been rated BBB by CARE. The funds have terms of 4 and 3 years respectively, and will be used to sustain the company’s growth.

Arohan has been looking at alternate sources of financing apart from debt and equity, and will be looking at issuing more debentures in the near future. The company was also part of only 11 Indian entitieswho issued India’s first Collateralized Bond Obligation.

Gulbir Bhatia, Managing Director at OnlySSD.com said, "When time is money and you need the latest technology in portable storage, MyDigital's new high performance external SSDs are the ideal solution for any high-end users who demand the ultimate in performance and portability or businesses, especially small businesses, who struggle a lot with disaster recovery and regulatory compliance. With high quality design, MyDigital SSDs are among the world's slimmest, high performing and rugged SSDs available in the market."

Ferrero Rocher Launches 'Golden Moments', A Digital Initiative
As the festival season is just around the corner,  Ferrero Rocher, a premium brand of chocolate, has Ferrero Rocher has launched a digital initiative, “Golden Moments”, on Facebook that gives brothers/sisters a chance to relive their special moments with each other. This application allows brother/sister to share their most memorable ‘GoldenMoments’ with each other along with a photograph. This message can be shared on Facebook or emailed.

As part of the application, Ferrero Rocher will give three best entries a chance to fly down to meet their brother/sister on the special occasion of Rakshabandhan.