The idea behind 'Why and How?' panel discussion was to introduce the winners of the Young Entrepreneur Awards and bring them in a spotlight 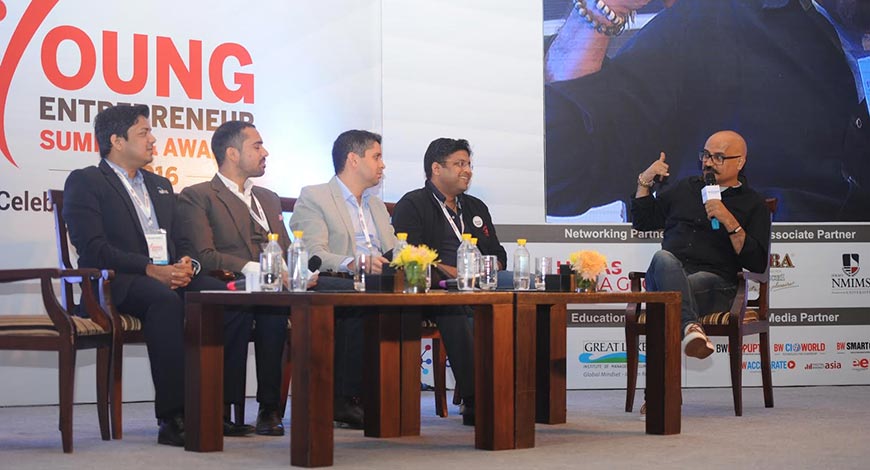 The idea behind 'Why and How?'  panel discussion was to introduce the winners of the Young Entrepreneur Awards and bring them in a spotlight. Their pathways they explored were roads less travelled when they started, but they realized the potential in their unique ideas and kept faith in it. And today their products and services are one of the most well-received ones.

Moderator: Anil Chhikara, Principal, Jaarvis Accelerator
The discussion began on a light-hearted note, by asking how the successful and young entrepreneur balanced their professional and personal life together. He moved on to ask further about the connection between Fin-tech and e-pay companies, how the times changed and ideas evolved?

Soon after Chhikara went on to inquire about the hitting point in their jobs, before they decided to launch a startup. He also asked about their business cycle, when and where the money came in after the idea was incubated.

Panelists:
Arjun P. Gupta, Founder and CEO, Smart Joules
He shared his own version of the entrepreneurial way of life, which started off by having an understanding partner and dependable team members to fall back to. He went on to saying that the cycle of startup usually is idea first, funding next, technology the third and then consumers come in. It takes long time to build a good monetization model and start earning. But he did something different - he bought his idea to get a grant to fund his renewable energy and monetized the next. He then bought in his revenue to develop the technology part and investors he thought could come in later. It's your way of taking it forward, he meant there's no one way to build a company!

Akash Dongre, Co- Founder & CPO, Indus
He started off by telling about how his business is suited for India, and shared his challenges initially when India was not as tech-savvy as it is now. When he and his team of two other co-founders, started off their journey, banks were not as supportive to lend to digital companies. However, he was lucky to have a supportive family and now that consumers are much more aware and participative.

Sashank Rishyasringa, Co-Founder & MD, Capital Float
He came in from the US and shifted to India, he shared his personal life amidst the discussion saying that his girlfriend didn't like the idea of shifting from the Silicon Valley which would be the hub of startups.

He instilled some light upon the conscious efforts he made in his personal and professional life, leaving a big fat salary in MC Kinsey to his dream of building a company here in India which is not a place of quick flips and sexy exits.

In his perspective these two societies have come closer with time and over the years, many value systems have adapted to the Indian tastes. Of course, it much easier to work in a frictionless environment in the US but Indian scenario holds much more opportunity.

Anubhab Goel, CEO, Zimmber
He initially started off by discussing his personal life and how he met his wife in his engineering days, how his aspirations took him to quit his lucrative job from Tata motors.

According to him, post-college is the best time to launch a startup. He also went on to share how becoming an entrepreneur is a struggle in the initial days and how it is not only about supporting your own family but also about supporting your co-founders' family. His piece of advice to young entrepreneurs was that they should give their ideas a 12-month time period to explore funding options and monetization models.