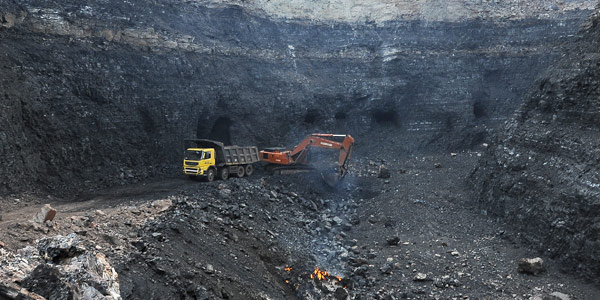 02 December, 2014
Print this article Font size -16+
India, the world's third-largest buyer of overseas coal, may be able to stop imports of power-generating thermal coal in the next three years as state behemoth Coal India steps up production,
Power and Coal Minister Piyush Goyal said on Wednesday.

Prime Minister Narendra Modi's government has asked Coal India, the world's largest miner of the fuel, to more than double its output to 1 billion tonnes by 2019 to feed existing and upcoming power plants.

Modi has promised round-the-clock power to all Indians by 2022 and recently announced the nationalised coal industry would be opened up to allow private firms to compete with Coal India, which accounts for 80 percent of the country's output.

Declining shipments to India would drag on global coal markets grappling with oversupply as top consumer and importer China tries to shift towards cleaner fuels.

"I'm very confident of achieving these targets and am very confident that India's current account deficit will not be burdened with the amount of money we lose for imports of coal," Goyal told a conference.

"Possibly in the next two or three years we should be able to stop imports of thermal coal."

Coal generates three-fifths of India's power, but a shortage of the fuel means millions still go without electricity and power cuts are common.

Around 60 of India's 103 power plants had enough coal for less than a week's usage as of Nov. 2 due to lower supplies from Coal India.

Imports of coal have been surging as a result, equating to about 1 per cent of India's economy.

Shipments rose to 168.4 million tonnes last fiscal year, and the government estimated earlier this year that the domestic shortage would range between 185 and 265 million tonnes by 2016-17.

And some analysts were sceptical the country would be able to end imports soon.

"India's reliance on imports is not going away anytime soon," said Prakash Duvvuri, head of research at consultancy OreTeam.

"Obviously coal demand will continue to mean imports are needed in India."