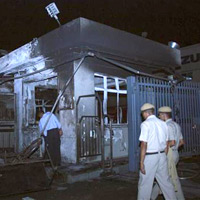 08 November, 2014
Print this article Font size -16+
Workers of Maruti Suzuki India's Gurgaon plant have opposed the decision of the management to sack their 500 colleagues at the company's Manesar facility.

Maruti Udyog Kamgar Union (MUKU), the workers' body at the Gurgaon factory of Maruti Suzuki India (MSI), said it will try to rally support of other unions in the Gurgaon-Manesar industrial belt against dismissal of Manesar plant workers.

"We are opposed to the sacking of workers at the Manesar plant. This was not the right thing," MUKU general secretary Kuldeep Jhangu said.
He further said MUKU, along with unions from other firms in the Gurgaon-Manesar industrial belt, is organising a protest rally on 17 August afternoon at Gurgaon against the sacking of the Manesar workers, apart from making other demands.
Asked what would be MUKU's action if the sacked workers are not reinstated, Jhangu said: "The co-ordination committee which was formed sometime back will decide as to what we should do."
He declined a direct reply when pressed if the union would go on strike if the management refused to take back the sacked workers.
Apart from opposing sacking of MSI's Manesar plant workers and "harassment of innocent workers there", the rally will also highlight call for abolition of contract labor and hiking of minimum wage, among others.
On 16 August, MSI Chairman had announced that the company was terminating the services of the workers saying the management have "lost confidence in them".
"We have already issued notices to 500 permanent workers at the plant. The number may increase depending upon the investigation and if there is a need to issue more notices, we will," Bhargava had said.
The workers are being sacked for their alleged involvement in the July 18 incident in which one senior executive of the company was killed and nearly 100 others injured.
MSI has clarified that the extent of damage to the plant due to the arson and violence was "less than Rs 10 crore" and not Rs 110 crore as being reported.
The month-long lockout at the Manesar plant will be lifted on August 21 and partial production will resume. The company said 300 workers will report for duty.
Production at the plant will be ramped up gradually from an initial 150 cars per day, MSI had said, adding the normal capacity of the plant ranges from 1,500-1,700 units a day depending on demand.
(PTI)
Tags assigned to this article:
news 3 business auto maruti suzuki india automobiles manesar plant msi nbsp protest rally kuldeep jhangu muku