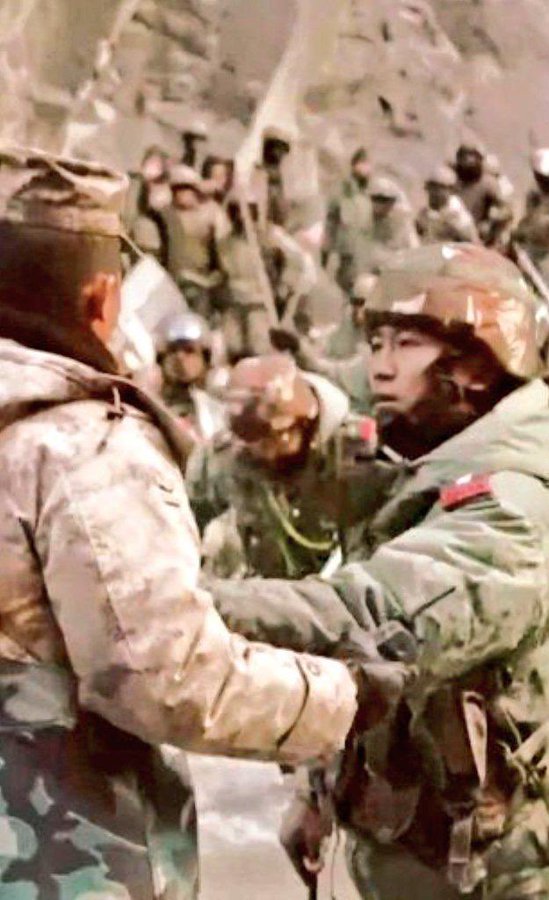 "He is Captain Soiba Maningba Rangnamei from Senapati District in Manipur. He led his men from 16 Bihar in Galwan during the confrontation against the Chinese PLA," Rijiju had tweeted.
The Defence Ministry had earlier informed that India and China "positively appraised" the smooth completion of disengagement of frontline troops in the Pangong Lake area and agreed to continue their communication and push for a mutually acceptable resolution of the remaining issues along the Line of Actual Control (LAC) in the Western Sector.
The exchange took place during the 10th round of the China-India Corps Commander level meeting, which was held on the Chinese side of the Moldo/Chushul border meeting point on Saturday, the Ministry said in a statement.
The two countries have had a stand-off along the LAC since April-May last year due to actions of the Chinese army and have held several rounds of military and diplomatic talks. (ANI)