Washington [US], February 24 (ANI): American singer-actor Mandy Moore and her husband Taylor Goldsmith, who is also a musician, are all set to embrace parenthood once again. The duo has been blessed with a baby boy.
Moore took to Instagram to share the arrival of her and Goldsmith's son while revealing the little one's name and sharing his first picture.
Moore, along with the first glimpse of her little munchkin, wrote, "Gus is here. Our sweet boy, August Harrison Goldsmith. He was punctual and arrived right on his due date, much to the delight of his parents. We were prepared to fall in love in all sorts of brand new ways, but it goes beyond anything we could have ever imagined." 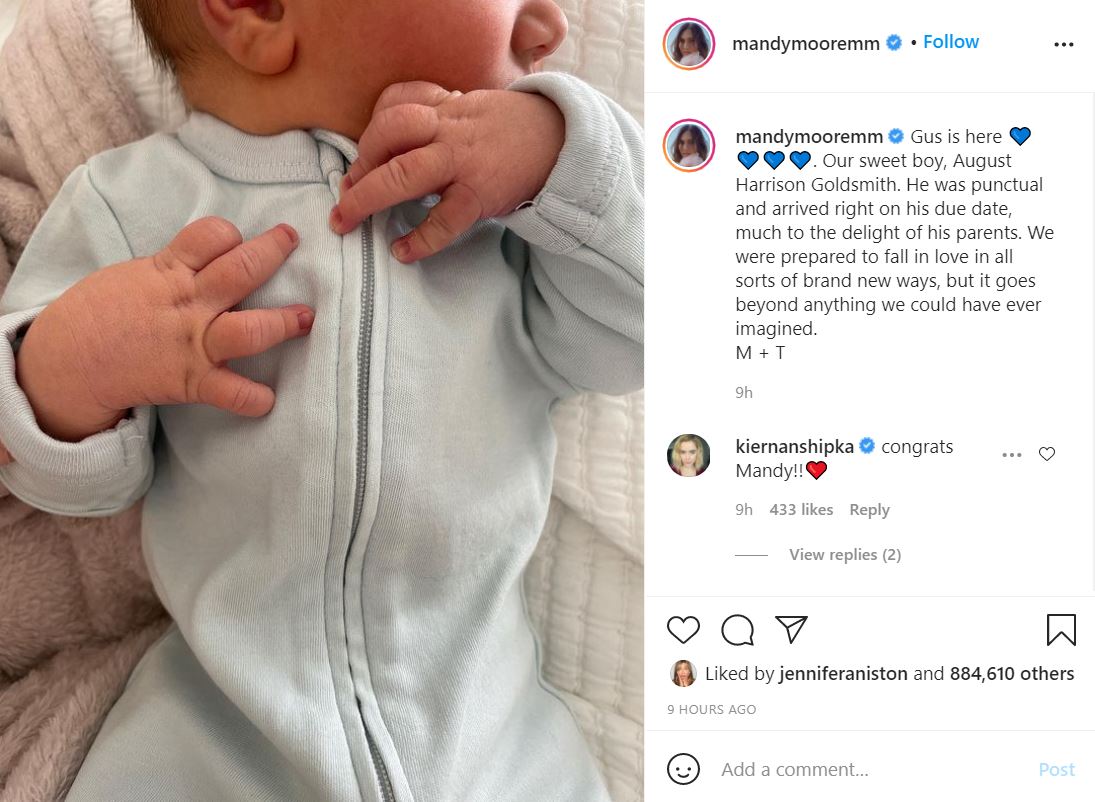 Moore's baby announcement comes weeks after she revealed that her birth plan had to be altered. "My platelets have dropped exponentially during pregnancy and it's sadly altered my birth 'plan,' " she wrote on Instagram in early February.
Moore, who announced she was expecting back in September, last year, has been vocal about her difficult first trimester and fertility struggles. In a January interview with Romper, the singer said she was "very hesitant" to believe she was pregnant because of past issues with her uterus, reported People Magazine.
"I sort of was holding my breath until 12 weeks," she said at the time, adding that in her third trimester, she had an "it's real" moment, "The little things kind of get me. Like, I was online buying pacifiers yesterday and I just turned to my husband and I was like, It's real. There's going to be a little human that needs a pacifier."
In a recent episode of Informed Pregnancy Podcast, Moore told host, Dr Elliot Berlin, that she is open to having more children soon.
She said, "I have such a deeper appreciation for my body and the fact that us pregnant folks have the capability to do this. It's the coolest thing.
Moore added, "I mean, I know that I joke with my husband already. We're not at the end of the rollercoaster ride yet, and like, I'll do this again. I'm so ready to do this again. Even if I was as sick as I was during the first trimester, there is something I think in the third trimester that is so profoundly magical and beautiful."
Goldsmith proposed to Moore in September 2017 with a stunning custom Irene Neuwirth ring featuring a round-cut diamond on a rose gold band.
"I've never been someone who wears a lot of jewelry. When my boyfriend and I started talking about getting engaged last year, I told him I didn't want a big ring. I figured we could just pick out some pretty bands together. So you can imagine how surprised I was when he proposed with this beautiful ring in the fall," she told People at that time.
A year later, the duo tied the knot in an intimate backyard ceremony in November 2018.
"Yesterday was pretty magical. I laughed, I cried and I danced real hard," she said about the intimate wedding ceremony that took place in the backyard of the couple's home in Los Angeles at sundown in front of family and close friends. (ANI)