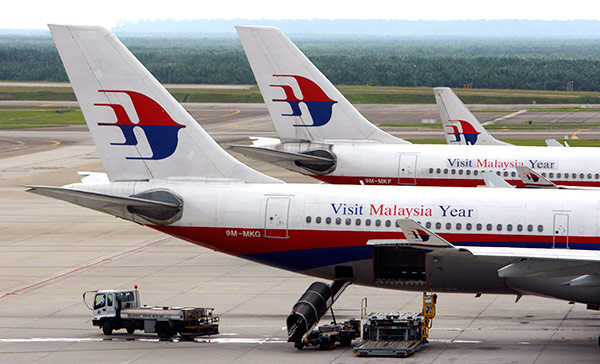 08 November, 2014
Print this article Font size -16+
The plan to save Malaysia Airlines (MAS) could succeed where past endeavours have failed because the government has finally put politics aside by agreeing to sweeping job cuts, people briefed on the restructuring told Reuters.

The job cuts - if they are followed through - would mark a departure from previous attempts to restructure the loss-making airline, which has for years operated with bloated staff numbers amid political pressure from unions.

Under the radical $1.9 billion overhaul unveiled last week, MAS said it would shed nearly a third of its 20,000 workforce after the airline was broadsided by two jet disasters this year.

Flight MH370 remains missing since it disappeared en route to Beijing in March and MH17 was shot down over Ukraine in July.

"Unfortunately, it took two crashes to make the government realise that sweeping changes were needed at MAS," said one of the people. "With the job cuts, MAS finally has a plan that has a chance of succeeding."

Both the sources declined to be identified as they were not authorised to speak to the media.

It is not the first time that MAS has announced a big job cull. In 2006, as then chief executive Idris Jala returned MAS to profitability by cutting costs, the airline announced that 6,500 jobs would go.

But those cuts were never implemented in full, partly due to opposition from the main labor union, which has close ties to the ruling United Malays National Organisation (UMNO), the party of Prime Minister Najib Razak.

UMNO often uses state firms like MAS as a tool to reinforce affirmative action policies favouring majority ethnic Malays over other races, a strategy that has helped keep it in power.

MAS has failed to turn a profit since 2010. One of the sources said that the union's ties to UMNO turned job cuts into an "unsurmountable political decision".

"The management were frustrated. They could not do anything," he added. "After MH370 and MH17, and with Khazanah planning to spend six billion ringgit of taxpayer money, the mandate is there."

The leader of the biggest MAS union declined to comment in detail on the latest plans for job cuts.

State investment fund Khazanah Nasional Bhd, the majority shareholder in MAS, is spearheading the restructuring, which will also see the airline delisted from the local exchange by the end of the year.

Khazanah said it would invest in "re-skilling" those who lose jobs and pledged to set up a panel to improve often rocky relations between unions and management.

Higher Fares, Smaller Company
While a leaner workforce is key to turning the airline around, Khazanah has said the success of the restructuring plan also hinges on several other factors, including reducing MAS' network and fleet, and improving fare pricing.

The sources said MAS was likely to replace its ageing, fuel-guzzling fleet of Boeing 777 with newer Airbus A330s and the A350s to maintain medium-haul services, particularly within Asia.

The airline could also sell its six Airbus A380s, which it uses on services to London, Paris and Sydney, to stem the losses it makes on operating these jumbo jets.

"If they keep the six A380s, then I'm convinced they will never make money. In my view, that's the single biggest obstacle for them to make the yields positive," said Shukor Yusof, an analyst at Malaysia-based aviation consultancy Endau Analytics.

MAS is also expected to increase aircraft utilisation rates and staff productivity, which would help boost revenue while keeping a lid on costs, under Khazanah's plan.

Khazanah wants MAS' cost per average seat kilometre (CASK), an industry metric for cost efficiency, to be within 15 percent of low-cost carriers, on par with Gulf airlines like Emirates, and below regional competitors like Singapore Airlines Ltd and Cathay Pacific Airways Ltd.

Another way to boost revenue would be to stop dumping fares in the market, the sources said. MAS has recently adopted a strategy of pricing fares way below their competitors to increase passenger numbers at the expense of profitability.

One of the sources, however, said MAS has to be careful about raising fares too fast.

"Yes, MAS needs help and a lot of work. It will lose any remaining competitive advantage very quickly if the change happens too quickly," he added.