Making Of An Entrepreneur 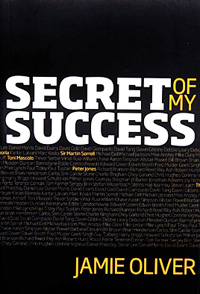 The book is a collection of Jamie Oliver's columns that appeared in Daily Telegraph during 2007-09. It features a series of interviews with successful entrepreneurs; some of them are known to Indian readers. At the outset, what strikes one is the book's crisp narrative; each personality gets not more than 2-3 pages. Each profile reveals key entreprenurial attributes.

For example, Howard Schultz, CEO of coffee chain Starbucks, talks about learning to deal with rejection. He had real trouble raising private equity, as 224 proposals from him were rejected before he got the approval that mattered. David Giampaolo, whose fitness chain in the UK was later sold for £840 million, talks about his inspiration — the need to improve an existing situation and then work to get it done.

Most entrepreneurs talk about the need to handle adversity well. Not be just excited about the idea, but also worry about things such as the gap in their target market and how they will outdo rivals. The need to build teams is commonly felt, as also getting people who have skills that the entrepreneur lacks. Mike Lynch, founder of UK-based software firm Autonomy, talks about how naivety helps one filter out negative news. There is a story on how Richard Branson started with the mail order business of music records that clocked in big numbers, but did not make much money. He learnt a key lesson — profit margins are far more vital than huge turnover. Curiously, entrepreneurs have spoken about the importance of taking enough risk so that one makes mistakes and learns. Mistakes also help you remain humble.

The book talks about how entrepreneurs often listen to everyone, but follow none. Entrepreneurs face the challenge of balancing short-term with long term by distinguishing goals into various time period buckets. On the whole, an interesting compilation of what goes into the making of entrepreneurs.