Making A Clean Breast Of It 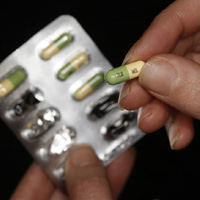 On the face of it, this seems like a straightforward regulatory action against a product that does not meet quality specs. Is it? For one, Natco has refuted the findings. A company spokesperson says that the government laboratory that tested the drug for endotoxins has not used the right method. "The methods used to test nanotech products like Albupax are complex," says a statement. The company intends to address the concerns raised to get back its marketing licence, the spokesperson said.

Two, the DCGI's office was reacting to complaints from a Natco competitor. Bangalore-based Biocon markets Abraxane, the original drug of which Natco's Albupax is a legitimate copy, approved under Indian laws. Biocon hawks Abraxane under licence from US-based Abraxis BioScience. Natco's is the first generic of Abraxane and is priced cheaper. Natco also intends to seek marketing approval for the drug in the US where patents covering the original start expiring from 2013 onwards. Abraxane clocked revenues of $335.6 million in 2008 and is a vital product for Abraxis.

According to a Biocon spokesperson, the company picked up Albupax samples shortly after it was launched — on the request of Abraxis — for testing in the US. "Abraxis reported their findings to the DCGI," says the spokesperson. The samples were sent as "a matter of routine" she says. Conceivably, Abraxis may have wanted to size up — and if it could — block the competition.

Three, the extent of the problem is still unclear. Two industry experts told BW that bacterial contamination need not be inherent to the product, but can occur during the manufacturing process. This can be detected during routine, and mandatory quality control within the factory. One of the two expressed surprise that instead of a batch recall, the DCGI ordered the marketing licence to be cancelled. The other, however, said that if the DCGI had detected problems with multiple batches its response was logical. However, it is unclear which of the two actually happened. The DCGI did not respond to an e-mail questionnaire from BW.

Four, it is still unclear whether endotoxin levels were high enough to do serious damage and actually caused adverse reactions in patients. That is not hard for DCGI to find out. Albupax has been in the market since September 2008, but Natco says only 15 patients were on it since it is several times more expensive than the older non-nanotech paclitaxel.

In the interest of greater transparency, perhaps the DCGI's office should issue a statement that answers most if not all these questions?