Make Way For The Hybrid App 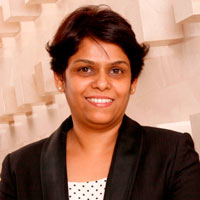 08 November, 2014
Print this article Font size -16+
We are living in interesting times: First came the printing press and plied us with information with newspapers and magazines. Then through TV and the telephone, we could access information in real-time. Today, the internet allows us to have all that information at our fingertips; and providing instant access to the web from anywhere are mobile applications on smartphones.

Mobile applications have become one of the primary ways with which people communicate, shop, organise their lives, play or even work. A study by MTV Network and Latitude has revealed that apps change us in these three fundamental ways; by creating personal moments, improving everyday routines, and allowing users to discover new skills and experiences. Apps allow intense personalization and hyper-focus, filling our idle moments with on-demand “me” time. They enhance our day-to-day experiences directly by enabling productivity and achievement of our personal goals – and, indirectly, through the resulting creation of free time, improved mental well-being, opportunities for positive discovery, and more. And finally, apps open us to newer worlds.

While the genesis of mobile apps can be traced back to around 2005, what necessitated their creation was the idea of a smartphone. Applications are just getting bigger and better by the day. Several verticals like public welfare, healthcare, infrastructure, education etc. are beginning to deploy applications to help increase the efficiency of the employees.The demand and deployment of mobile applications has risen to such an extent over the past two years, that today, even the medium and small sized enterprises in India are also using mobile applications to complete tasks faster, thus gaining higher mobility.

Of the three major app providers globally, Blackberry has the largest revenue per app at $9166.67 compared to Apple App Store or Google Play, thanks to the BlackBerry World service that went live on April 1, 2009. Apple revenue per app stands at $6,480.00 and Google Play at $1,200.00. The popularity of mobile apps can only be gauged by the number of downloads. Till July 2012, BlackBerry World had recorded 3 billion downloads and that number is only expected to grow. The download figures for popular Apps like Instagram and DrawSomething has reached 50 million. Angry Birds exceeded 1 billion downloads globally.
The popularity of mobile apps is also account of sustained addiction.

According to the findings in the MTV June 2011 survey, “Love ‘Em or Leave ‘Em: Adoption, Abandonment and the App-Addled Consumer”, addiction to mobile apps is stronger than coffee or soda addiction amongst users, with millions essentially “addicted” to certain mobile applications. Sixty-nine per cent of men revealed that they would rather give up their favorite news source for a year than their favorite apps for that duration. Another 68 per cent said the same for coffee.

There are apps in almost every category for every use – work, office, health, entertainment, banking, finance, infotainment, sports, food, games and many more. Sometime back, Gartner projected that mobile apps would generate revenues of $15.9 billion in 2012; and they also compiled a top-10 list of consumer mobile apps categories that it believes will do best and will bring in the money. The chosen categories include Location-based services, Social Networking, Mobile Search, Mobile Commerce, Mobile Payment, Context Aware Services, Object Recognition, Mobile Instant Messaging, Mobile e-mail and Mobile Video. Conspicuous by its absence from the list is Gaming, given that the top selling apps and top free apps are mostly all games.

Also, with BYOD (Bring Your Own Device) gaining some steam, mobile applications for employees at the workplace cannot be ignored. With business executives continuously on the move, applications have become an integral part of their lives both from a professional and personal standpoint. Thus, the usage of mobile devices has been increasing to a great extent.

Gartner, Inc. predicts that more than 50 per cent of mobile apps deployed by 2016 will be hybrid. To address the need for mobile applications, enterprises are looking to leverage applications across multiple platforms. The need for developing applications in multiple platforms due to diverse user base and increasing device cost due to BYOD, will drive the need of hybrid applications which offers to solve the current business problems. The advantages of the hybrid architecture, which combines the portability of HTML5 Web apps with a native container that facilitates access to native device features, will appeal to many enterprises.

The mobile applications market has had strong growth over the past several years, as a result of the addition of new products, players, and business models. And according to a study by In-Stat, the overall Mobile App downloads are expected to approach 48 billion in 2015. This growth will continue, driven mainly by increased smartphone penetration, as well as growth in consumer mobile application libraries.