Make Room For The Asian Brands 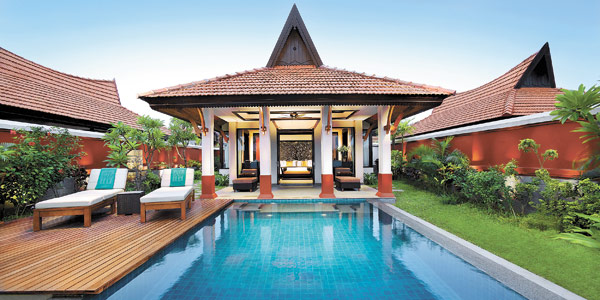 08 November, 2014
Print this article Font size -16+
A slice of Thailand is coming to Delhi soon. Towering wooden pillars that echo the architecture of the Grand Palace in Bangkok, royal purple hues that characterise the Asian kingdom and an exotic heavenly garden-like landscape with a profusion of flowering trees greet the visitor to Dusit Devarana, an urban luxury retreat about to open shortly. It will be the first India launch for Dusit Bird Hotels, a joint venture (JV) between Dusit International of Thailand and the Bird Group. In rapid succession, the company is set to open five properties in India, bringing in two other Dusit brands, D2 and Thaani.

In Mumbai, Asia’s numero uno hospitality company, Hong Kong-based Shangri-La Hotels, has just thrown open its towering 38-floor property located above the posh Palladium mall in Lower Parel. With 390 rooms, 31 suites and 28 full-service apartments, it’s an ambitious launch. Farhat Jamal, the affable general manager of the hotel, promises that once the F&B (food and beverage) on the 36th floor opens in a few months, it will be the place to hang out. The group, which already operates a Shangri-La hotel in Delhi, will see two more openings in India in 2014 — both in Bangalore. It also plans to get its four-star brand, Traders Hotel, into Chennai, says Jamal.

Soon to open its India innings is Banyan Tree, another iconic chain from Asia, with a 60-villa luxurious resort in Kerala and a hotel in Goa; its Angsana brand will debut in Ludhiana.“We look for markets that are rich in cultural diversity — India fits us to a T,” says Abid Butt, CEO of Banyan Tree Hotels and Resorts. Besides, he points out, “India is our fifth-largest feeder market — Indians visiting Thailand and Indonesia are familiar with our brand.” This is why West Asian hotel firms Jumeirah and Rotana are also keen on India. Eight million Indian passengers pass through or halt at Dubai, and awareness of Gulf brands is high, says Aman Aditya Sachdev, senior vice-president, India, of Rotana.

The big guns of the global hospitality game — Marriott, Accor, Starwood, the Intercontinental Group, Hilton, Hyatt — have all dropped anchor in India with investments running into millions of dollars. Now, it’s the turn of the Asian brands to mount an invasion.

Take Singapore-headquartered Alila. Arjan de Boer, vice-president, development, Alila, which has opened two hotels in quick succession here (one in Goa and another in Bangalore), talks excitedly about a third launch. “Our next addition will be Alila Fort Bishangarh in Jaipur, opening in the first quarter of 2014,” he says. Alila is looking at four to five more properties in the near future and 30-40 hotels in India in the long run. Even Thai chain Six Senses Resorts and Spas is on an expansion drive here.

Sachdev of Rotana describes how the 88-property hotel group is now looking beyond its bastion in West Asia and North Africa towards India. “We will be investing between $3 million and $5 million in the next 24 months to ramp up sales and distribution capabilities,” he says. The hotel’s development strategy will be an asset-light one.

Significantly, the hotel boom in India has also coincided with many of the Asian brands’ global expansion. Almost all of Asia’s big names have begun to journey out of their comfort zones. In fact, they have even had the confidence to venture into saturated Western markets. Take Shangri-La which opened in Paris two years ago. Or Banyan Tree, which branched out into Greece and the island of Corfu recently. Nearer home, it has expanded furiously in China and has even set up a $166-million fund for expansion. India, naturally, is the next stop.

Doors Of Opportunity
But is there room for these Asian brands, given their late entry? After all, between 2008 and 2012, about 40,000 rooms got added in India and the pipeline of the foreign majors and Indian brands is so strong that by 2016 we would have 1,36,000 branded rooms.

While foreign tourist arrivals have barely inched up to 6.2 million in 2012, it’s the 850-million Indian domestic tourist opportunity that is luring Asian brands. Also, Manav Thadani, chairman of hospitality consultancy HVS India feels, “Whatever supply you are seeing started to be built in 2008. After 2014, we’ll be staring at a drought.”

Indeed, operators such as Marriott are still bringing in brands — later this year, it will open a Ritz Carlton in Bangalore. Starwood is opening its first W in Goa soon and bringing in its St Regis brand too.

Jamal counters with: “There is room for Asian brands as well as there is a need for quality development of supply.” Butt describes how Asian brands will be able to differentiate. “Asian sensibilities are today sought after. In London, New York, Paris and Frankfurt, Asian designs are the rage, and people want the Asian experience,” he says. The other differentiator is F&B. “Asian brands have a cultural compatibility with India,” says Sunil Mathur, regional vice-president, South Asia, Dusit International.

Reach Over Differentiation
Most Asian players say that their model differs widely from the ‘cookie cutter’ approach of western firms which impose their brand standards on India. “We build to local designs. If you look at our properties in China, they have an element of the country,” says Butt. During a preview tour of Dusit Devarana, Ankur Bhatia, executive director at Bird Group, who is supervising the finishing touches to  the property, says, “We took a conscious, courageous call to create larger rooms. We want our hotel to be a private sanctuary for busy executives.”
break-page-break
But HVS’s Thadani says, “Nothing is wrong with the cookie cutter approach.” Global operators score in terms of distribution when it comes to business hotels, he adds. Also, as Marriott has shown, western chains have finally adapted to the Indian terrain. That’s why a Courtyard by Marriott in India is not the no-frills hotel you would see in Chicago. As for Starwood, to conquer Asia, it has moved its global headquarters from New York twice — first to China where 200 key executives were relocated to immerse in and imbibe local culture and, now, to Dubai. Says Starwood global CEO Frits van Paaschen, “The move to Dubai was because the UAE is becoming the new crossroads to China and India.”

Accor’s Michael Issenberg is quick to take offence at the ‘cookie cutter’ phrase. “If you look at our hotels here, they are of the same family as in other parts of Asia, but they don’t look the same,” he counters.

The Asian brands have to also contend with the Indian brands which, after initial hiccups, are now rising up to the challenge. Raymond Bickson, CEO of Indian Hotels that operates the Taj chain, points out how in 2003 they had 62 hotels and today have 122. “The average is one hotel opening every seven weeks, in the past 10 years,” he says. ITC has come up with a Golden Triangle strategy — populating the tourist route with its brands. Even smaller players like The Park are enthused now — it recently launched an upscale brand, Zone by The Park.

Learning Hiccups
For the Asian brands, ‘cultural compatiblity’ alone may not work. Thai brand Lebua Hotels has had a falling out with the owner of the first hotel it signed on in India in Delhi. The owner was not willing to make the kind of investments that Lebua wanted, forcing it to exit. Lebua’s CEO Deepak Ohri makes light of the episode. “If you recall, even Four Seasons came into India in the 1990s and had to exit.  These things happen. We are here to stay.” He points to the three properties Lebua is managing (which includes the Devigarh resorts) and four more in the pipeline. For Aman, the India outing has been mixed. Real estate major DLF, which bought the Indonesian brand, got mired in financial trouble and though Adrian Zecha, founder of Aman, has regained control of the brand, the trophy property in Delhi remains with DLF.

Banyan Tree, which tried to enter in 2008 with an Angsana property in Coorg, suddenly saw the developer changing his mind. “We have had setbacks, no doubt. But that was a tough time globally,” says Butt, adding that this time around, the operator is on a surer footing.

De Boer of Alila brings in perspective, saying that Asian brands are not here for numbers. “Instead, we focus on a qualitative growth strategy of fewer properties in each destination.” He adds, “Whilst American distribution used to be very important, Asian distribution is becoming much more important with affluent travellers from India, China and South-east Asia.”

HVS recently conducted a survey among hotel owners, asking them to choose between Indian and global brands. Fifty-five per cent preferred global brands. Soon, they might have to do one more survey — and bring the Asian brands into the picture as well.