Make An India That Facilitates Make In India 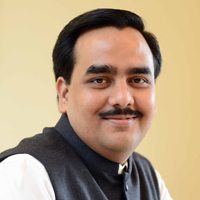 25 February, 2015
Print this article Font size -16+
I can still recall the stare from a senior revenue official in response to an innocuous query from an innocent boy. Those were the days of optimism following the launch of economic reforms in 1991. I, a school going boy then, used to keep hearing about the diminishing role of government in our lives. So when I got a chance, I asked the officer: will his office be less intrusive henceforth because of various taxation changes? The stare was scary which I could not comprehend then. All he wanted to tell me through the intimidating gesture, which I could make sense of years later, was: No matter what, I will continue to wield the danda.

Switch to the final years of Manmohan Singh-led United Progressive Alliance II government. When I heard the then PM holding forth, in front of some editors from TV channels that included yours truly, on how essential it was to end discretionary powers of ministers and officials, the memory of that stare and what it entailed came back to me after years. All pervasive government after more than two decades of economic liberalisation!

I may sound a bit cynical but many a times I get the impression that the power to stare, scare and sometime entice with the help of discretionary power is what attracts people to politics. There are exceptions and there will always be exceptions. Exceptional civil servants, exceptional politicians. It is this discretionary power, the grey area that is neither black nor white and therefore amenable to multiple interpretations, that has the potential to undo whatever we seek to achieve with the help of lofty slogans, big ideas and mega projects.

Will Make in India be any different? I hope it turns out to be different. But the realist in me is not so hopeful. Here is the source of my pessimism.

Discretionary power works best when we operate in an uncertain, and many a times, archaic regulatory environment. Let me give you an example. A friend who works in the construction industry recently told me that in some states you need microwave licence, one of the many such licences, to get a construction permit. I could not make out what he was saying. So I approached a seasoned architect to explain to me what microwave licence have to do with construction. He did not have the answer. I asked the same question to a number of veterans in the construction industry. They did not have the answer either. After countless inquiries I got to know that it used to be a mandatory requirement in border areas to ensure that no one interfered with airwaves. Now several geniuses working for development authorities have made it mandatory even in non-border areas.

And hold your breath. There are many more. A leading business daily recently reported, quoting a World Bank report on the ease of doing business, that “there are, on an average, 34 permissions required just to obtain a construction permit (in some cases more than 50) which takes at least 227 days… In comparison, it takes all of 26 days in Singapore, 67 days in Hong Kong and 69 days in Mexico to obtain such permit.” Now that is called a regulatory environment that does everything to stop you from starting something. Is this regime conducive to make anything in India? I salute all those who still make something or the other. And with passion overcoming scores of hurdles along the way.

The second reason for my pessimism about Make in India is even more basic. We keep reading reports about serious dearth of quality employable people in the country. Given that situation, there is a danger of Make in India becoming a low cost factory operation that produces basic products with the help of unskilled labour but does not have the capability to climb the value ladder. That certainly is not what we want Make in India to become.

This is not to suggest that we are incapable of building world class manufacturing units that can compete with the best in the world. The country’s automobile sector can certainly be counted as one of the best in the world. But that is one of the very bright spots in an otherwise gloomy environment. We can definitely learn a lot from the shining stars in our midst. But we have to scale even bigger heights.

My submission therefore is that if we are really serious about Make in India, we will have to first Make an India that facilitates Make in India. It is not such an impossible task to accomplish. We will have to make a beginning somewhere. It could be our education system, our regulatory environment, our legal system or our bureaucracy. A fresh beginning somewhere with right intention will set in motion a chain reaction that will force desirable changes in other areas. Hope the Make in India slogan itself will force some positive change. After all, we need to create at least ten million jobs every year to keep the unemployment level in check. That is possible only with the help of Make in India.