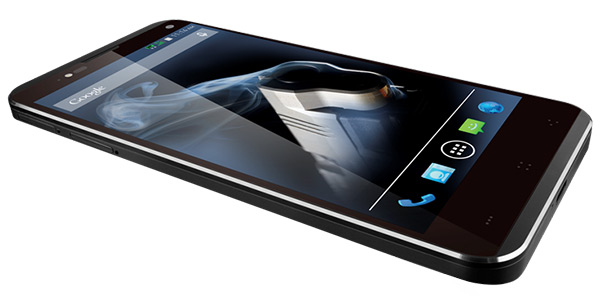 Retail in the quarter increased 22 per cent year on year to 115,596 vehicles. This reflects solid global demand for the new and refreshed Jaguar and Land Rover line up, particularly for the Range Rover, Range Rover Sport, Range Rover Evoque and the Jaguar F-Type.

The strong sales volumes resulted in revenues of £5,353m for the quarter.

Profit before tax increased to £924m for the quarter, reflecting the growth in volumes and revenue with strong product and geographic mix.

The sales (including exports) of commercial and passenger vehicles for the quarter, stood at 1,10,612 units, a decline of 28.3 per cent as compared to the corresponding quarter of the previous year. The revenues (net of excise) for the quarter stood at Rs.7,705 crore, as compared to Rs 9,105 crore for the corresponding quarter of the previous year. Continued slowdown in the economic growth and other macro- economic parameters continued to impact the demand for the entire auto industry in general and commercial vehicle industry in specific. The Commercial Vehicle industry declined in the quarter compared to the corresponding quarter last year, led by a fall of around 10 per cent in the cyclical M&HCV segment and around 26% in the LCV segment. However, during the quarter the Company has launched the all-new range of Tata ULTRA trucks in the Intermediate and Light Commercial Vehicle (ILCV) range. These will come in several variants with payload capacity between 5 and 15 tonnes. In the Passenger Vehicle Business, the Company under the umbrella of HorizoNext launched the all-new Tata Aria with

AkzoNobel India Net Up 12% To Rs 641 Cr
The Board of Directors of AkzoNobel India Limited approved the unaudited financial results for the quarter ended June 30, 2014.

Jayakumar Krishnaswamy, Managing Director, AkzoNobel India: "AkzoNobel India has been able to kickstart the fiscal year with favorable results in its first quarter. The strong business performance has resulted in a 12 per cent increase in our revenues. Moreover, the profit from business has improved by 36 per cent over the corresponding quarter of the last year on account of consistent cost management initiatives in addition to a solid revenue growth".

KPIT Goes Live On Icertis Contract Management (ICM)
Icertis, the leading provider of enterprise solutions in the Microsoft cloud, today announced that KPIT, a global IT consulting and product engineering partner to automotive & transportation, manufacturing and energy & utilities industries, has successfully deployed Icertis Contract Management (ICM), one of the world’s leading solutions for managing contracts. Built on the Microsoft Azure cloud platform, ICM was configured, customized, and deployed in less than 60 days.

Icertis Contract Management has automated KPIT’s end-to-end contracting processes, including contracts based on the counterparty’s templates. With the product’s robust approval rules engine and comprehensive contract repository, all contracts will pass through the right level of review and can be easily found, reviewed and approved anywhere, anytime and from any device. The system will also provide proactive alerts and notifications, with an escalation mechanism and dashboard to ensure compliance and tracking. ICM has been integrated into KPIT’s SAP ERP environment, ensuring seamless invoice validation and controls.

Anand Veerkar, EVP of Global Sales at Icertis, said, “Icertis Contract Management has been highly successful in the market because of its ease of use, rapid implementation, and ability to generate faster RoI for our customers. This ICM implementation at KPIT once again validates our overall leadership in this space and we are confident about the benefits that KPIT will gain from our solution.”

Seventynine.mobi Appoints Siddharth Kelkar As New Lead For Business
Seventynine, a mobile ad network company appointed Siddharth Kelkar as the new Lead for the Business. Kelkar was heading the company’s ad sales business and is taking over from co-founders Chirag Shah and Deven Dharamdasani.

Seventynine.mobi is a business unit of Networkplay Media and Kelkar will work together with the Management Team comprising of Viren Anand and Hitesh Trehan. “Siddharth’s unique skill set has been honed through years of relevant experience. We are confident of his capabilities and this appointment compliments the company’s accelerating footprint in the mobile advertising space. We give Chirag and Deven all credits for Seventynine’s success so far and wish them good luck for future endeavors” said the Management Team at Networkplay.

Vyome was co-founded by Dr Shiladitya Sengupta, co-chair at the Center for Regenerative Therapeutics at Brigham & Women's Hospital in Boston and assistant professor of Medicine at Harvard Medical School, Dr. Rajesh Gokhale, director of the Institute of Genomics & Integrative Biology in Delhi, N. Venkat, who earlier worked as CEO of Emami and President of Shantha Biotechnics and Rajiv Mantri Executive Director, Navam Capital.

Sabre Partners, founded by a group of professionals led by Rajiv Maliwal, has invested over $300 million in India and one of their best known investments was in the restructuring of Centurion Bank, which they subsequently sold to HDFC Bank. Sabre also has an infrastructure fund and a healthcare focused venture capital fund called ‘Spring Healthcare’, through which this investment in Vyome was made and through which Sabre has built a high quality healthcare and life sciences portfolio over the past 4 years. “We are delighted to partner with a world-class team that is applying science and critical understanding of unmet needs to develop unique platform technologies and products for the $20 billion global dermatology market” said Rajiv Maliwal, Founder and Managing Partner, Sabre Partners.
Tags assigned to this article:
tata motors news 9 jlr business briefs kpit akzonobel india xolo play 8x 1200 ogs andoid kitkat seventynine.mobi intelligrape sabre vyome biosciences