Losing Out In Power Play 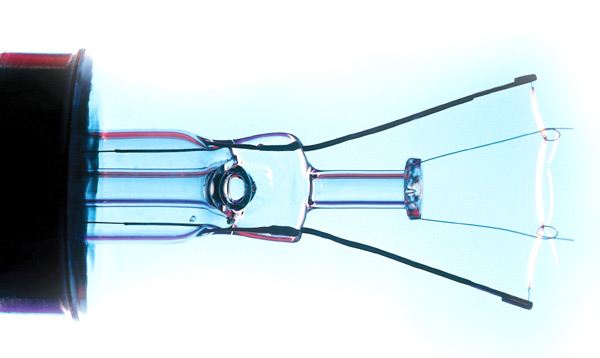 During monsoons, a few states in the south draw less power; the drier north and central India pull more; the east has a surplus almost throughout the year; and the big metros are always power hungry. But while IEX has been successful, PXIL has been struggling. It has a low market share and a diminishing net worth — its net worth had turned negative last year. The Central Electricity Regulatory Commission (CERC) has asked PXIL to present a detailed plan for improving its numbers. According to the regulations, all exchanges have to maintain a minimum net worth of Rs 25 crore.

Trades, Damn Trades
Power exchanges receive 2 paisa each from the seller and the buyer as fee per unit. The volumes traded in  the DAM (Day-Ahead Market), the first product launched by IEX and PXIL, drives the exchanges' fee. Explaining DAM's utility, M.G. Raoot, managing director  and CEO of NPEX says, "It (DAM) tides over daily contingencies such as transformers tripping or a surge in power demand during festivals."

Gradually, power exchanges have managed to wrestle away DAM trades from the OTC (over-the-counter) market. Says a Tata Power Trading Company (TPTC) insider, "DAM trades were low in the OTC market. They never generated big revenues for traders. When power exchanges moved in with their transparent model of price discovery, they became the biggest players in DAM." Deo agrees, "The exchanges opened up a lot of bottled up capacity. And power started moving from surplus states to deficit states."


Over time, the exchanges have not only built a stronghold on the DAM but have also developed the market. Out of more than 44 traders listed with CERC, only 10 trade actively in the OTC segment; five of them have cornered 80 per cent of the volumes as of 2010-11, the latest period for which data is available. They include the likes of PTC India (35 per cent), NTPC Vidyut Vyapar Nigam  (17 per cent), National Energy Trading & Services (14 per cent), Reliance Energy Trading (11 per cent) and Tata Power Trading Company (8 per cent).

break-page-break
Ironically, the factors which helped the exchanges to carve out a niche in DAM trades have proved to be a hurdle to TAM trades. That is because the exchanges require buyers to make an upfront payment for them to provide a security payment to sellers. This amount increases because of longer TAM contracts. So buyers prefer to enter into bilateral OTC agreements that do not require advance payments. In the OTC market, a buyer is required to provide a letter of credit to the seller but industry insiders say this is not always complied with, thus increasing the attractiveness of the OTC market for the buyers.

"Exchanges are best suited to sell surplus power on a daily basis where payments are assured, and for selling or buying small quantum of power to meet contingency needs. But as a seller, we prefer the OTC market as there is too much fluctuation in the exchanges. Also, prices are better in the OTC market, and for thermal generators like us who source coal from the international market where prices are linked to international indexation, it is not possible to sell via exchanges," says Satish Jindal, CEO (Power Trading) of JSW Energy Trading.

However, trade in RECs (Renewable Energy Certificates), which came into play last year, offer a silver lining to the exchanges. RECs address the mismatch in renewable energy resources in different states and the requirement of the obligated entities to meet their renewable purchase obligation (RPO). REC trades are exclusive to power exchanges and happen on the last Wednesday of every month. One REC certificate equals 1 MW hour of renewable energy generated.

The volume of REC transactions on IEX rose to 200,000 RECs in March 2012 from 200 RECs in March 2011. "It adds substantially to our revenue generation and it is one of the major streams we have got. It has proved to be much better than expected. This year we traded 9.5 lakh RECs and we expect an increase of 30-40 per cent. In one year, revenues from REC trading have come close to 10 per cent of our total revenues," says Mediratta.

IEX has presently 300 projects registered with it, with a total capacity of 2,000 MW. Says Mediratta, "We saw an increase in the registration of the capacity. Also, the last REC trading session saw — other than obligated entities such as discoms, open-access consumers and captive consumers — the participation of Power System Operation Corporation (POSOCO) to offset their carbon footprint. This is a good sign, and corporates can look at this avenue as part of their corporate social responsibility obligations." There is also an offshore interest in REC trades. Says Raoot, "We were recently contacted by a company in Amsterdam that wants to buy RECs to meet their obligations. So, we have to open our market for such trades to take place." Possibilities aside, power exchanges feed off revenues from DAM and REC trades.

Turf Battles And All That Mess
Regulatory hurdles in introducing medium-term and long-term products have caused the share of power exchanges to be stuck at 2 per cent. While trading companies make most of their gains in the monthly contracts, exchanges are still caught up between the power regulator and the commodities market regulator, both of which are battling each other over the right to regulate. The exchanges planned to bring in weekly and monthly contracts in 2009 but got caught between CERC and the Forward Markets Commission's claims on the futures market. So they can deal only in DAM and TAM until the matter is resolved by the Supreme Court.

Traders are confident of retaining their stronghold in the futures market. "The exchanges will not be able make a big impact even if they entered the medium-term and long-term market. The week-ahead product launched by the exchanges received a lukewarm response from the market and the same would happen to the monthly contracts. So, in that way exchanges cannot be much of a competition for us," says the TPTC expert. While the exchanges wait for the two authorities to settle the issue and enable them to launch medium- and long-term products, even they believe that it will not add much to their revenue base. "Since we provide payment security by taking an upfront margin from the buyers, they will find it difficult to cough up huge advance payments required to trade in the weekly and monthly markets. Since traders don't take money, buyers will find OTC market more attractive. We don't expect a huge shift from traders to exchanges in the futures market," says Mediratta.

While at the exchanges, a market-cleared price is discovered, which helps in keeping the prices low, traders come out with electricity prices based on one-on-one negotiations. Also, the volume of electricity traded by trading licensees is on the higher side. The figures available for the month of February 2012 are true to the trend. While traders transacted electricity at Rs 4.45/kWh, it was Rs 3.34-Rs 3.50 for the power exchanges. With the cost of electricity generation at Rs 2.50-Rs 3.0, the prices prevailing at the exchanges do not offer enough incentive to the generators. Most of them prefer to trade in the OTC market and bring the buyers along with them.


Power exchanges have also been waiting for open access consumers to come out and start trading in the open market. The Open Access Act provides consumers of one megawatt and above the freedom to choose their own supplier. According to the Act, distribution utilities no longer have the universal service provider obligation and, consumers, in case they choose another supplier, will only have to pay a wheeling and a cross-subsidy charge to the utilities.

The law ministry cleared the roadblocks in the implementation of this mechanism towards the end of last year when it came out with its note stating, "...all 1MW and above consumers are deemed to be open access consumers and that the regulator has no jurisdiction over fixing the energy charges for them". However, the enthusiasm seems misplaced now. Even after five months of this clarification issued by the law ministry, exchanges are yet to see any demand from open access consumers. "The benefit of deemed open access has not been seen yet. The industries are not clear about the final procedure; there is a need for clear regulations in the market," says Deo of IEX.