Lords Of Internet On Backfoot As Fellowship Crumbles 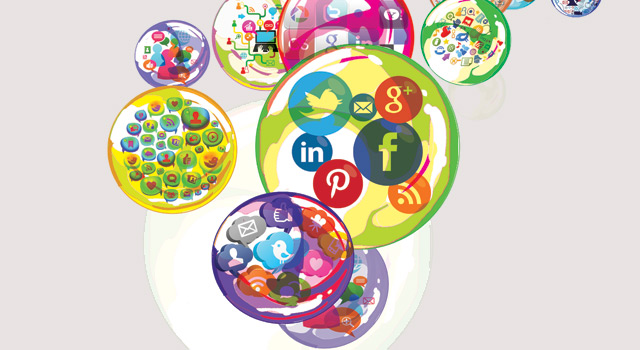 20 April, 2015
Print this article Font size -16+
In what could be termed as one of the biggest online revolution, millions of people have raised their voice in support of net neutrality over the past few weeks. In India alone, over 3 lakh netizens have written to the Telecom Regulatory Authority Of India (TRAI).

A biased Ineternet will not only burn a hole in the pocket of the consumers but also give a big jolt to the big Indian Startup dream. "A company, just because it is rich in funds and has the ability to subsidise its usage, shouldn't have an advantage over the scarcely funded competitors and start-ups. It would prohibit any disruptively innovative idea to flourish, stifling overall growth," says Ankur Saxena, CEO of Oxigen Wallet, and President, Technology Innovation. "Internet service providers shouldn't be allowed to have a say on what passes through their pipes. They are a medium for delivery and should maintain the level playing field. Even the father of the Web, said that ISPs can't be allowed to become gatekeepers and hand pick the winners and losers and show favoritism towards their own sites and services or take money to provide advantage to some over others. It's almost like taking bribe."

The happenings over the past two days show that the voice of the netizens has managed to dent the ambitions of a select few who wanted to own the internet. Top companies, who were earlier supporting services like Airtel Zero and Internet.org, are now withdrawing their participation from the same. Cleartrip and Flipkart are the two recent biggies to do this.

In a recent Tweet, Mark Zuckerberg, CEO, Facebook, said, "In many countries there are big social and economic obstacles to connectivity. The internet isn’t affordable to everyone, and in many places awareness of its value remains low. This is why we created Internet.org. We’ve made some great progress, and already more than 800 million people in 9 countries can now access free basic services through Internet.org." He further adds: "Net neutrality is not in conflict with working to get more people connected. These two principles, universal connectivity and net neutrality, can and must coexist."

However, Indian startups are not willing to buy Mark's theory. "There could be a cannibalisation effect on the small internet businesses which are catering to the large scale employment needs of skilled and semi-skilled people. Meaning, a service provider may tend to gobble up the small, but popular, internet businesses by demanding equity in those companies or levy a hefty charge for letting the websites/apps pass through their gateway. Or, they can enter such businesses by opening up their own platforms and kill the competition, " says Chennapa Naidu Darapaneni, Founder & CEO, Meraevents, an event technology company based out of Hyderabad.

Further, a biased Net poses a far bigger threat. ISPs and corporates will be able to track the activities of the users more deeply. This is not safe as far as personal data is concerned. "To ensure smooth functioning and safeguarding user’s data, there should be "satisfactory policy" that ensures ISPs do not violate privacy rights through activity monitoring. The inspection practices must be legitimate and, in some cases, should require user consent. The data protection safeguards, such as purpose limitation and data security standards, will need to be determined, " says Sharda Tickoo, Product Marketing Manager, Trend Micro.

This is a clear breach of the confidentiality of communication and violates the fundamental rights of a user.

Just like poverty and terrorism, the issue of Net Neutrality is not India centric. A biased net will shift the power balance in the hands of few. This could have bigger and serious implications in the times to come. In order to watch that new Shakira video on your favourite video streaming service or someething as simple as updating one's Facebook status, without any restrictions or special packages, the netizens need to keep firing till the wall is breached.
Tags assigned to this article:
trai more 4 airtel facebook internet mark zuckerberg ajay gupta net neutrality