Look For The Bright Spots 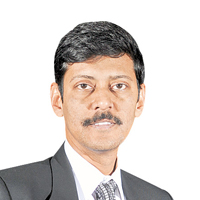 As for those bright spots, the biggest of them could well be the biggest one of all, US stocks. Almost unnoticed, there has been a confluence of effects which have rendered this more likely than not. US businesses have been able to reduce debt while increasing output. Industrial output has now grown continuously every month for more than two years — something which few other parts of the world can boast of today, not even China. The US dollar appears to be in a long-term uptrend, helped by the interaction of both forces — strength in the US and problems elsewhere. Despite all this, US stocks have not really woken up and smelt the coffee. During 2011, stocks were basically flat and could well be primed for a good year.

The US is not the only likely bright spot. If you spin the globe carefully, your eyes would do well to pause on Brazil. As far as single markets go, Brazil could well be the healthiest in the world. Brazilian stocks are available at low valuations while growth is more robust than many other markets with higher valuations. The icing on the cake is that for a variety of reasons, dividend yields are high in Brazil. Over many decades, Brazilian firms have been high dividend payers.

The good part is that Indian investors have targeted mutual funds available for such investments. For the above two examples, there is Motilal Oswal's MOSt Shares NASDAQ-100, which is an ETF based on the NASDAQ. HSBC runs a Brazil-specific fund in India. There are other targeted international funds as well. I am not saying that these are the only international ideas, nor that Indian investors should focus exclusively abroad now. However, what is undoubtedly true is that given the conditions — and given the availability of options from Indian mutual fund companies — investors must routinely evaluate international options.

However, there is nothing 2012-specific in this and nor should there be. An investment strategy that is suitable for one part of the calendar and unsuitable for another would be pretty much useless, actually. So on the question of the actual investment strategy that an individual investor should follow during 2012, that is no different for this coming year than it would be for 2011, 2013, or any other year.

Investors should map their future financial needs along a time-scale. We all need some emergency funds but apart from that we can generally predict our financial needs with reasonable accuracy over the next decade or so. This should be the guide for asset allocation. All money that could be needed in the next two years or so should be kept in fixed income investments. These could be government small-savings schemes or debt mutual funds or something similar. The only requirement is safety and liquidity. Beyond this horizon, all investments intended for a longer period should be invested in a small (four or five, at most) number of diversified equity funds and balanced funds. These funds should be chosen for a long track record of good returns with low risk. The Value Research Fund Rating system makes an excellent starting point for picking the most suitable fund.

These investments should obviously be made not in fits and starts but gradually, using an SIP (systematic investment plan). This would give investors a low average cost of entry as well as ensure that they do not try to time the market. These time horizons are a sliding scale. So as you get nearer to the point of time when you would need a certain quantum of funds, you should move it into safer fixed income options.

This strategy is simple. It does not have to be reworked based on the investment environment and the calendar.