Nagpur (Maharashtra) [India], September 12 (ANI): Residents of Nagpur staged a protest on Friday against the transfer of Tukaram Mundhe from the post of Commissioner of Municipal Corporation here amid the ongoing COVID-19 pandemic and sought withdrawal of the order.
The protesters, who assembled outside Mundhe's residence, alleged that working of Nagpur Municipal Corporation (NMC) has been impacted after the official was transferred.
Social distancing norms against COVID-19 were violated during the protest. 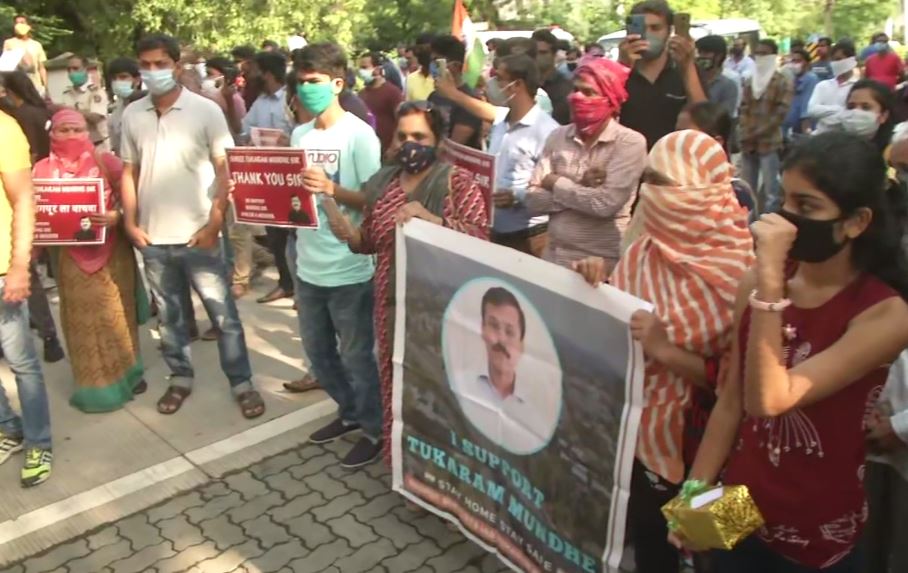 A protestor said that the "condition of NMC has deteriorated and corona patients are suffering".
"The bills are high, there aren't enough beds and the treatment is also not good. When he was here, everything was in order. We want him to stay here, especially during the coronavirus pandemic," the protestor told ANI.
"After he left the post, the corona cases have increased. He was strict and because of steps taken by him the spread of the virus was contained. We want him to stay here during the corona period," said another protestor.
The protesters were holding placards that read "Tukaram Mundhe sir real hero". They were also carrying flower bouquets for Mundhe and raised slogans in his support. 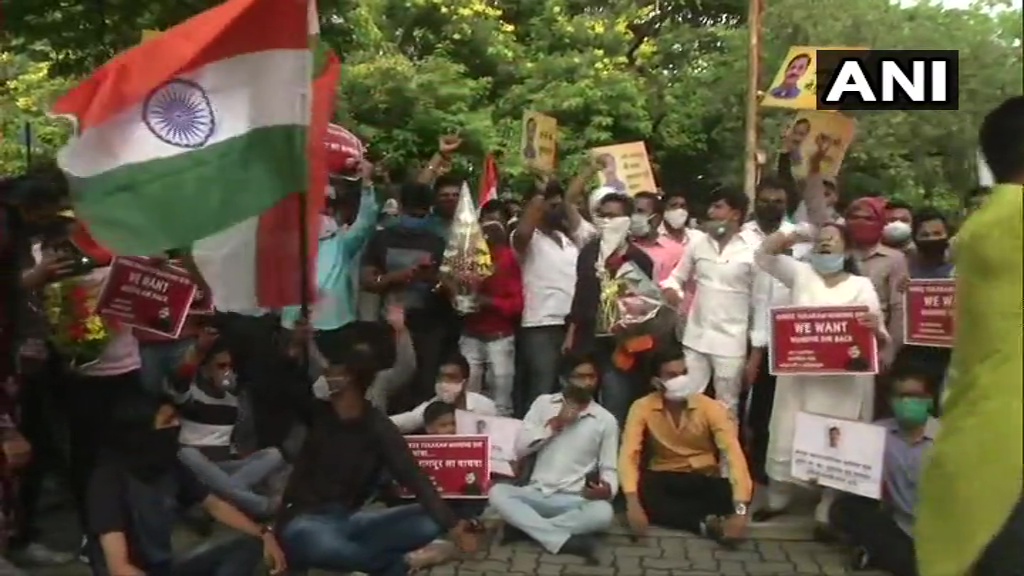 Mundhe held the post of NMC Commissioner for around seven months and was transferred on August 26 this year to join as member secretary of Maharashtra Jeevan Pradhikaran (MJP) that deals with water supply schemes in rural areas, but his transfer was later cancelled. Currently, his fresh posting is on hold.
Mundhe, a 2005-batch IAS officer of the Maharashtra cadre, has been transferred 15 times. (ANI)