Life In The Slow Lane 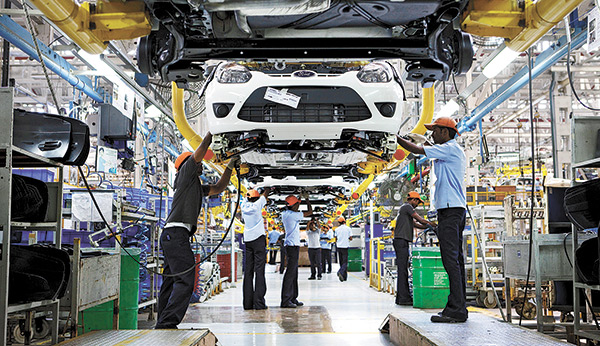 08 November, 2014
Print this article Font size -16+
The Indian auto industry directly employs over a million people and supports an ecosystem that gives employment to over 20 million, besides contributing 22 per cent to India’s manufacturing GDP. And it isn’t doing well. As a result, brakes have been applied on hiring. It could get worse. “We fear layoffs will soon become a reality if the demand doesn’t see an upswing,” says Sugato Sen, director general of the Society of Indian Automobile Manufacturers (Siam).

It’s not surprising that the Naukri Job Speak survey paints a dismal story for the sector — a dip of 15 per cent in hiring activity from May 2013, and an 18 per cent fall from June 2012. Apart from sports utility vehicles (SUV), sales for all segments, from passenger to commercial vehicles, have been skidding. Between April 2012 and March 2013, passenger car sales fell 6.7 per cent to 1,895,471 units, from 2,031,306 the previous fiscal. With demand slow, production has been hit, and workers have been told to go on leave.

Those working at small ancillary units have been affected the most. Case in point: the Adityapur Small Industries Association (ASIA), which is a cluster of 1,300 auto ancillary units that employs over 100,000 workers. Almost 80 per cent of them are directly dependent on Tata Motors. In the past month, over 20 units have shut down, and 100 others are in a precarious state, being unable to repay loans. “Banks refuse to understand that the business cycle is really unfavourable and are declaring loans non-performing assets, leading to auctions,” says Inder Agarwal, vice-president of ASIA. Even bigger auto ancillaries are not insulated. According to Surinder Kapur, chairman of Sona Group, the company, which usually increases its capacity by 7 per cent every year, has frozen hiring and isn’t even filling posts that are falling vacant. “We have paused all fresh investments. The situation demands that we curtail all discretionary spends, including new hires,” says Kapur.

Original equipment manufacturers (OEM) such as Maruti Suzuki, Tata Motors and Ashok Leyland have also been struggling with inventory pile-ups, leading to unscheduled closure of plants for durations ranging from one to three days. They may lay off contractual workers if demand doesn’t pick up. Currently, the ratio of permanent to contract workers for most OEMs is 60:40.

With demand slowing down for diesel vehicles, reports are trickling in that 200 contract workers at Suzuki Powertrain India have been asked to go on leave. “Layoffs are already a reality in the sector, but are currently happening at the lowest echelons where very small ancillaries struggling for business are shutting down. If the poor demand situation persists, these unscheduled halts in factory production by big OEMs will also translate into layoffs,” says E. Balaji, former MD & CEO, Randstad India.

One of the goals of the government’s auto mission launched in 2006 was to get the auto industry to employ 25 million people, both directly and indirectly, by 2016. That would be 4 million more than the current level of employment. Now, those figures look unattainable.