Life In A New IIM: An Insider's View Of IIM Rohtak 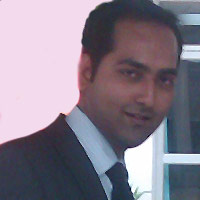 08 November, 2014
Print this article Font size -16+
Indian Institute of Management, these three words always enamoured me, cast a spell on me. Looking from the outside, they always silhouetted excellence and a passport to the good life and I cherished the dream of getting to the other side of the fence for long. Those were the times when the newspapers had started publishing cover stories on the "1-Crore salary" poster boys and A-B-C were 'the' IIMs with I (Indore) & K (Kozhikode)being the newer ones. I did get to the other side but not before there were thirteen IIMs including a bunch of 'new-IIMs'. So, after taking CAT a few times I finally got lucky and received converts from a few of the 'newer IIMs'.

After pondering for some time I decided to join IIM Rohtak as it fit the bill for me among the options available. I was about to join the third batch of the institute and was pretty apprehensive about the college, as one would be. My undergraduate college had a history of more than half a century and I was accustomed to an age-old culture and legacy and there I was, about to join a college which only boasted of one graduating batch and a name which spoke for it.

With all my apprehensions and expectations I landed up in Rohtak, an unlikely destination for a B-school — or so it seemed. It all started with the personality development program (PDP), where the seniors made sure the incoming batch got the glimpse of the rigours of B-School in the first 3 days. The PDP also helped people socialise and nurture relationships which would go beyond the four walls of the institute. The PDP was so structured that everyone literally worked with everyone else from the batch in one team or another. There was hardly any time to sleep as there were deadlines over deadlines waiting for us. Then started the official induction week where we met our faculty members and attended many guest lecturers by stalwarts of industry (CXOs) and academia. A lot of gyaan flew all across and it certainly was not easy to absorb all of it. The presentations of different committees by seniors which went till late night made sure we get little sleep.

The first week set the tone of the entire course where sleep was a luxury and slogging, the order of the day. You have to be at the best of your efficiency and speed to keep pace with the course. There is always so much to do and so little time. A B-school makes u realise the importance of working in a team. Along with the academic rigours, the involvement in extracurricular activities is a signature aspect of a B-School.

It is an overwhelming experience to meet, work and make friends with an extremely diversified and motivated crowd. Not a single day passes when one is not reminded of the varied knowledge base that the batch carries. The class room and case discussions reflect this rich diversity where ideas flow from all corners and numerous perspectives are brought forth to enrich discussions. The professors make sure that the academic rigour is maintained to the highest levels. The deadlines are sacrosanct and cannot be missed, come what may.

Being in a new institute is like working for a start-up, you get to see the organisation grow in front of your eyes and an IIM is better than a start-up as you don't have the fear of failing looming upon you. You don't have a legacy, you rather build one. I would not be exaggerating if I say that the flexibility a new IIM gives you to ideate about institution building and put those ideas into action is perhaps not possible in any established institution. The tutelage one gets under an extremely qualified faculty and a flexible and disciplined administration helps accentuate the learning experience. A brilliant example of this at IIM Rohtak is 'The Road Ahead Workshop' which is being conducted by the 'International Advisory Committee' of IIM Rohtak. This committee consists of industry and academia luminaries and the workshop saw the active involvement of students in discussing, brain-storming and finalising a plan of action to take the institute ahead.

This academic year saw another milestone for the students of IIM Rohtak when we had our first annual cultural and sports fest, Infusion'13. This was entirely a student driven act as all the college fests are. But I would reemphasize that ideating and finally conducting it successfully with participation from a large number of B-Schools across the country gave altogether a different high. The three days of frolic and sleepless nights cannot be compared to anything else. Another such event where the entire college put its heart and soul was the India for girl child Marathon which is an annual event which sees participation from around two thousand participants from different parts of the country who ran for a cause.

In IIM Rohtak, as in any other B-School, fun and frolic go hand in hand with academic and professional rigors. The highway dhabas and other joints are always waiting for you where you unwind after a hard and more-often-than-not long day. There is no dearth of parties and celebrations — which include celebrating the festivals of different states — and the spirits are high most of the times. People have also found the love of their lives during such interactions and celebrations.

There are times when the rigour of an IIM gets to the best of individuals and (s)he is forced into introspection and self-doubt. Leaving a comfortable life for an inconspicuous future at times seems to be the wrong choice, especially under the current circumstances of difficult markets. But as Steve Jobs said 'you can connect the dots only looking backwards'; when one looks back, one relates to the rigour and learns to appreciate the experiences the grilling a PGDM program provides. In the end an IIM helps one to learn to manage time and gives him/her enough courage to tackle the problems of life with valour.

The author is a student and a member of the student council of IIM Rohtak
Tags assigned to this article:
iim mba management bschool 6 iim rohtak bschool blog bschooltop 2 saurabh vicky