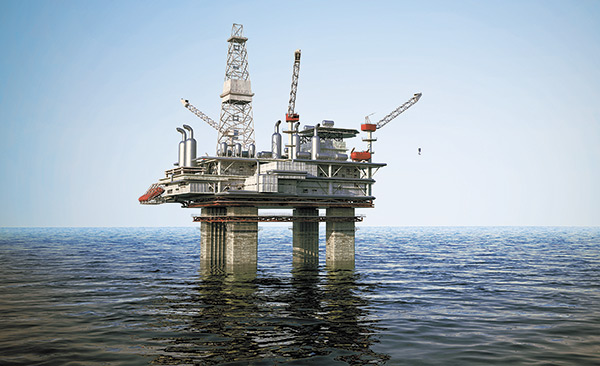 08 November, 2014
Print this article Font size -16+
With the opposition stoking fears of inflation if there was an increase in gas price from $4.2 per million metric British thermal units (mmbtu) to $8.34 per mmbtu from June-end, the NDA government had little option but to defer the hike until the end of September. On 10 January 2014, the previous UPA government had approved the gas price hike, effective 1 April. However, it had to be postponed to June-end when the model code of conduct came into force in March ahead of the general elections.

Come September, there will be a clamour once again. So, how much should the government allow gas producers to charge the domestic power, fertiliser and transportation sectors? Perhaps, there are clues to this question in what other gas producing nations charge their own consumers.

There are 49 natural gas producing nations in the world: three in North America, seven in South America, 14 in Eurasia, 10 in the Middle East, four in Africa and 11 in the Asia-Pacific region. The price of natural gas ranges from $0.8 per mmbtu to $11 per mmbtu. Different countries have come up with different pricing mechanisms for their domestic industry, keeping in mind the long-term investment requirements of the sector as well as purchasing power of buyers.

The hydrocarbons business is dynamic and every country has its own model. The price of natural gas itself depends on various factors, including the area of exploration — offshore or onshore — pipeline network, etc. The cost of offshore gas is five-six times higher than that from onshore fields.

Algeria
The price for the domestic industry is $0.5 per mmbtu. As per the Oil and Gas Journal or OGJ, Algeria has 159 trillion cubic feet (tcf) of natural gas reserves — the tenth-largest in the world. According to the US Energy Information Administration (EIA), its production was 6.4 tcf in 2012, a 4 per cent decline from 2011. Gross production has been falling since its peak of 7.1 tcf in 2008. Algeria is in the process of developing its Southwest Gas Project, expected to start production by 2017. It is also an exporter of natural gas and was the first to export liquefied natural gas (LNG) in 1964. It has three transcontinental export gas pipelines: two supply  gas to Spain, the other to Italy.

Saudi Arabia
Domestic industry pays $0.8 per mmbtu — among the lowest in gas producing nations. According to EIA, Saudi Arabia had proven reserves of 288 tcf as of 2012, behind Russia, Iran, Qatar and the US. The majority of its gas fields are associated with petroleum deposits. The country is focusing on developing non-associated gas fields in the Persian Gulf. It neither imports nor exports natural gas. Production was 9.9 billion cubic feet in 2012.

Argentina
In price-sensitive domestic sectors, natural gas costs around $2.3 per mmbtu. The South American nation meets 51 per cent of its energy needs through natural gas. This includes 9.4 per cent from LNG. Its norms require industries that can pass on the cost of expensive fuel to its customers to buy gas from producers and traders at the market price. For price-sensitive sectors and small businesses, the government decides the pricing. To boost production, the government started the Excess Natural Gas Injection Incentive Programme in February 2013, under which gas producers who ramp up production in five years get $7.5 per mmbtu for any additional volume of natural gas delivered to the local market. Any difference between the price paid by the customer and the $7.5 per mmbtu will be paid by the government.

Venezuela
Domestic industry pays $2.3 per mmbtu. Venezuela, which follows the government-owned socialist model, came up with a Gas Hydrocarbons Law in 1999 to diversify the economy by facilitating non-associated natural gas development and expanding its role in the energy sector. This law lets private operators own 100 per cent of non-associated (standalone) projects, in contrast to ownership rules in the oil sector. Venezuela has the second-largest natural gas reserves in the western hemisphere after the US. It had 195 tcf of proven reserves in 2012.
break-page-break
United States
The price charged from domestic industry is $2.9 per mmbtu. It is the world’s most developed natural gas market and its prices are linked to Henry Hub. The government does not need to intervene in deciding prices as market forces keep them in check. EIA estimates 2,203 tcf of technically recoverable reserves. Going by the rate of natural gas consumption in the US in 2011, of about 24 tcf a year, 2,203 tcf is enough to last 92 years. In the US, gas is transported to and from nearly any location. The grid comprises 305,000 miles of interstate and intrastate transmission pipelines. The US produced 65.7 bcf of natural gas in 2012.

Russia
The price for domestic industry is $3.3 per mmbtu. Russia has the world’s largest natural gas reserves and is the second-largest producer of dry natural gas. According to the OGJ, Russia held 1,688 tcf of reserves as on 1 January 2013 and accounted for a quarter of the world’s proven reserves. EIA estimates that most of these reserves are in Siberia. About 74 per cent of the output comes from state-owned Gazprom, which controls 65 per cent of the country’s gas reserves. With limited scope for the private sector in the country’s upstream sector, Gazprom has enjoyed total monopoly in exports. Russia has a robust domestic and international pipeline infrastructure. Gazprom operates 104,000 miles of high pressure pipelines.

Australia
The price for domestic users is $4.3 per mmbtu. The country is a major natural gas producer. Natural gas production in Australia reached 1.6 tcf in 2011. According to OGJ, Australia had over 43 tcf of proven reserves as of January 2013. Oil and gas prices are market-driven and not fixed by regulation. However, the Australian Competition and Consumer Commission regulates competition and promotes fair trade. It has a robust domestic gas transmission pipeline network covering 15,000 miles.

Colombia
The average cost for domestic consumers is $5.2 per mmbtu, as per data provided by consulting firm EY. According to EIA, Colombia had proven reserves of over 5.7 tcf as of 31 December 2012. It has attracted huge foreign investments in the hydrocarbon sector and witnessed a rise in natural gas and oil production in the past few years. It allows easy export subject to contractual and regulatory curbs.

Malaysia
The price for the domestic industry is $6 per mmbtu. Malaysia is vital to the global energy chain as it is en route to important energy trade destinations. It is South-east Asia’s second-largest oil and natural gas producer and the second-largest exporter of LNG globally. Malaysia’s tax and investment incentives, starting in 2010, aim to promote oil and natural gas exploration and development. These are part of its economic programme to become one of Asia’s top energy players by 2020. According to OGJ, Malaysia had 83 tcf of proven reserves as of January 2013, and was the third-largest natural gas reserves holder in the Asia-Pacific region. Upstream production is dominated by state-owned company Petronas. Any foreign firm seeking to participate in exploration and production must enter into a production-sharing pact with Petronas.

Brazil
The price for the domestic industry is $10 per mmbtu. OGJ estimated Brazil had 14 tcf of proven reserves as of January 2013. In 2012, it produced 601 bcf of dry natural gas and 1.7 bcf of natural gas — less than India. The Campos basin in Rio de Janeiro accounts for the largest share of Brazil’s natural gas production. The country imported 470 bcf of dry natural gas in 2012, a 27 per cent rise from 2011. Government-owned Petrobras controls most of the reserves and also imports gas from Bolivia. The nation has a network of over 5,000 miles of pipelines.