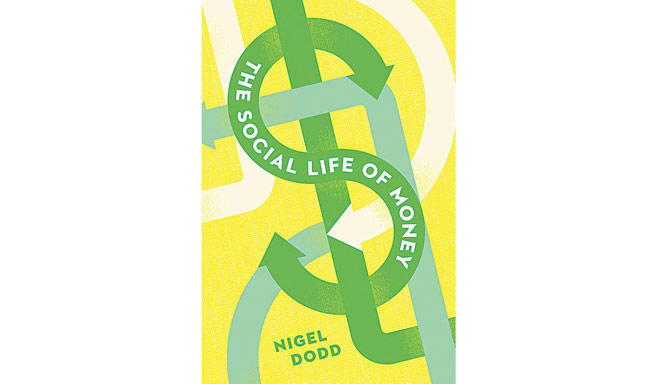 Like cricket in india, money  is the subject of discussion in both professional and amateur groups across the world. These discussions often get heated and their circles expand in the context of prominent headline hogging events. In these debates, we often see a visible and pronounced bias linked to origin. The Cricket World Cup 2015 held in March is a good example. Team India garnered large support wherever they played. This is directly traced to people of Indian origin sprinkled across the world. Likewise, our views on economic issues too are coloured by what we think is the trigger for emergence of money?

In The Social Life of Money, Nigel Dodd examines alternative theories on the origin of money and its implications in the face of the 2008 global financial crisis. Dodd is a professor of Sociology at the LSE and has earlier authored The Sociology of Money and Social Theory and Modernity. He argues that the popular theory of money emerging from barter exchanges looks logical but may not be historically valid. Reinforced by economic textbooks and popular folklore, barter giving way to money is elegant and simple but overemphasises an economic view that ignores and dilutes social, religious and political aspects of human life.

The author highlights how a narrow economic view can significantly limit the options for resolving challenges. The 2008 global financial crisis is a case in point. Viewed through the economic lens of barter being the trigger for emergence of money, the crisis was seen as liquidity drying up and hence resolved by infusing significant quantity of money to the lenders as loans and guarantees.

Further, liquidity was continuously pumped into the system by adopting Quantitative Easing as a monetary policy in the US. An alternative solution could have been to exempt the stressed borrowers from repayment, as would have been the case during Biblical times when the Jubilee year was periodically celebrated by cancelling debts. Could this solution have restored economic vitality faster to the global economy faster and benefitted more people? A moot point to consider, given the public money used.

Dodd’s book offers significant insights by looking at routine economic events and policy responses through a non-economic lens. An illustration of it is the case of author viewing governments pursuing austerity measures as internal devaluation, that is, an alternative to ‘currency devaluation’ that reduce domestic purchasing  power to trigger growth, and concluding that it is an expensive option as the cost is contained within the economy and borne by the vulnerable sections of society.

In the context of the predominant economic view prevailing today, Dodd does the unexpected by viewing money through a framework of alternative paradigms that were and are used by sociologists and political theorists to show us what we could be missing. A significant one among them is viewing all obligations as monetary debts. By converting social and political debts into monetary terms, are we reducing the social and political bonds in our society to pure money value to be discharged by parting with a few currency notes?

Accessing the richness of this book needs considerable investment of time due to two factors. First, the author’s desire to trace each of the theories to its origin and highlight the insights provided by each contributor is remarkable for its authenticity, but slows down the reading pace by pulling in different directions. Further, each of the chapters outlining a different theory of money covers diverse concepts that makes continuous reading difficult.

Despite this, readers interested in understanding money should pick up this book as it goes beyond a historical narrative  analysing the past. In fact, the richness of this book is in its ability to orient our thinking on the new emerging currencies like Bitcoins, digital money and mobile currency. This aspect could be of special interest in India, where the e-commerce market is rapidly growing both in value and the number of participants.

Jagannathan is founder and CEO, Cimplyfive and author of The Wisdom Of Ants: A Short History of Economics (Westland)