Launch of First Ever Autodesk University 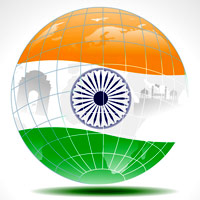 08 November, 2014
Print this article Font size -16+
Autodesk has announced the launch of Autodesk University (AU) in India for the first time ever. The India leg of the world’s largest learning and networking event for Autodesk technology users will be held on Sept. 11-12, 2014 at The Renaissance, Powai, Mumbai. This comes after the success of the Autodesk University Extension event held in Mumbai last year. The theme of AU is ‘Learn. Connect. Explore,’ and the one and half day-long event is expected to have more than 1,500 attendees. AU India will showcase the latest Autodesk technologies for Motion Capture, Reality Computing and 3D Smart Cities, among others.

Blue Jeans Network extends high-quality video communications beyond the traditional boundaries of virtual conference rooms by allowing individuals, employees, partners and family and friends, to connect and interact with each other seamlessly and effectively. Blue Jeans technology is being used by high profile customers such as: Facebook, Foursquare, Match.com, and Stanford University, companies and institutions that have benefited from the anytime, anywhere and from practically any device, capabilities of video collaboration.

"This partnership is another example of sharing our expertise in interoperability and expanding our ecosystem. We look forward to working with ZTE to proliferate easy, open, and affordable video conferencing,” said Stu Aaron, chief commercial officer at Blue Jeans Network

ESY India Launches Wi-fi HDMI Streaming Device
ESY INDIA who brought, ESYINK, the low cost digital printing solutions to India now launches ESYCAST, a WiFi HDMI device for streaming the content from your mobile, Tablet or PC to your HDTV or a projector.

The device is thumb sized and easily gets plugged in through the HDMI port of TV. It is portable enough and fits into your pocket. ESYCAST acts as wireless bridge between your mobile and TV. You can stream the photos, Videos and games from your mobile and also can watch online news & movies.

Speaking on the occasion of the launch V P Sajeevan, CEO of ESY INDIA, “We are extremely excited on the launch of ESYCAST. This is a feature packed WiFi HDMI device with extremely high end technology and specifications which are unique to this product. In today’s world the role of smart phones are very vital. Let it be official, personal or social the smart phone plays a key role and ESYCAST will be a great relief for those who love to watch the images on a large screen”.

The Wild Wisdom Quiz focuses on ‘Forest Biodiversity’ as the theme for 2014 and is inviting students and schools to register and participate for the same.  The finals, scheduled for 1 October, 2014 will be aired on Discovery Kids, the most distinguished television brand offering learning based entertainment.

The National Final (for the Middle School) will be held in New Delhi on the 1st of October during Wildlife Week which will be broadcast on Discovery Kids. The top 3 teams will win a trip to Adventure Nation’s Camp Tusker near Rajaji National Park, in the Shivalik Hills, offering participants an opportunity to deepen their relationship with the natural world and strengthen their respect for the wild.

Synopsys Announces Results
Synopsys, Inc., a global leader providing software, IP and services used to accelerate innovation in chips and electronic systems, on Monday announced that four students, Xinda Hu of the University of Arizona, and Anthony Vella, Aaron Bauer, and Nicolas Brown, all of the University of Rochester, are the winners of the 2014 Robert S. Hilbert Memorial Optical Design Competition.

The competition was established in 2000 by Optical Research Associates (ORA®), now Synopsys’ Optical Solutions Group, and was named in honor of ORA’s former president and chief executive officer, Robert S. Hilbert. The annual competition is open to students in North America working toward a bachelor’s, master’s, or Ph.D. degree who utilize Synopsys’ CODE V® or LightTools® software to perform optical design and engineering research. The awards are granted to students who have submitted papers that demonstrate optical design excellence.

Rajinish Menon, Director, Microsoft Ventures in India, said: “Indian startups from across the country are building products that are addressing global and local challenges. As the culture of innovation spreads, it’s fascinating to see the kind of problems that startups from smaller towns are trying to solve. Our partnership with Deshpande Foundation aims to engage with entrepreneurs from smaller towns at every stage of their journey from ideation to maturity."

Says Aarif Malik, Chief Operating Officer, Metigon Enterprises, “We’ve waited for us to find the right time and person to shoulder the responsibility of south India operations. David has proven capabilities in establishing profitable branch operations, and has demonstrated team development and client handling skills. We think he is the right person for the job. As Metigon sees dynamic growth from the northern and western markets, we’re sure David will help Metigon develop the southern markets.”

XOLO Releases Android Update
XOLO, the premium smart devices brand, has released the beta version of the Android 4.4 (KitKat) update for its flagship device Q3000. Earlier, the company also rolled out beta version of KitKat update for Q700S back in July and final version was made available over-the-air (OTA) for the users once post integrating users’ feedback.

The release reinforces XOLO’s commitment to offering its users best and latest technology upgrade and seamless Android experience. XOLO has been proactive in releasing Android updates across devices in all price range. Thanks to the dedicated engineering team who has been continuously working with the chipset manufacturers to ensure users gets the best software support.

Ashish Kumar To Lead Technology At AskmeBazaar
AskmeBazaar,India’s largest managed marketplace that recreates the great Indian shopping experience online, has roped in/appointed Ashish Kumar to lead technology and increase its focus on optimizing buyer acquisition. Ashish is a serial entrepreneur and has started multiple tech companies in the last decade, with a couple of successful exits to his name. Prior to starting his engagement with askmeBazaar, Ashish was CEO (India) at BSE listed Kellton Tech, a software services firm that acquired his last company.

Talking about Ashish joining the company, Kiran Murthi, CEO, askmeBazaar, said, “askmeBazaar is focused on a team that can meet its goals of bringing more and more SMEs on the ecommerce marketplace and enable it to move ahead in its second phase of growth. Ashish’s joining askmeBazaar as the technology head is move in this direction. Ashish is an alumnus of IIT Kanpur and someone who has worked across multiple countries with varied sized companies. His indepth understanding of the ecommerce industry will be of vital importance to the company and its growth.”

"I am deeply impressed with askmeBazaar's team and vision of using technology to reach out to 900 million users of this country - something that even very well funded e-commerce players aren't focusing too much on. I have spent enough years in small-town India to realize the value a company like askmeBazaar can add to sellers in a country like ours, and that excites me,” said Ashish Kumar, Head of Technology, askmeBazaar.
Tags assigned to this article:
news 9 zte xolo autodesk microsoft ventures firefox os kiran murthi askmebazaar metigon enterprises deshpande foundations