Latin America: Next Growth Driver For Indian IT Services 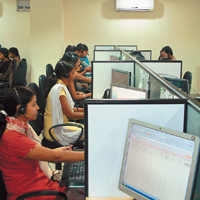 08 November, 2014
Print this article Font size -16+
Indian IT companies are looking at Latin America as the next frontier of growth, says a new research report released by International Data Corporation (IDC). The report on Latin America ICT and IT Services Market, presents a detailed view of the Latin American IT Market, IT services market, size and growth rates as well as the opportunity for Indian companies.

A survey of 480 companies revealed that more than 80 per cent intend to use technology to drive short and long-term business growth. While this signals strong technology adoption, CIOs are simultaneously looking at technologies such as virtualisation and unified communications to drive effectiveness and efficiency in the IT landscape.

In the IT services arena, sustained double-digit growth rates from 2009 are representative of not just economic forces, but technology adoption trends where an increasing number of end-users are reaching out to third-party providers for support, advisory, education, management and even total outsourcing of their IT implementations. IDC estimated the IT Services Market to be at $23.97 billion in 2011 and expects IT services spending in Latin America to grow at a compound rate of 10.8 per cent between 2011 and 2016.

A detailed analysis of the market identifies Brazil, Mexico and Colombia as key countries for companies to target, among others in the region. It also discusses the impact of the 4 Pillars of what IDC has dubbed the third platform on the IT services market and the fundamental way these forces are reshaping it. the 4 pillars are cloud, mobility, big data, and social web.

Indian IT companies are looking at Latin America as the next frontier of growth. Big banks, telecommunication companies and large manufacturers have already started to outsource large chunks of their IT operations and its incumbent upon the industry to take advantage of this.

“For companies to win here, they need to be seen as serious players. This means establishing a local presence, investing for the long term and patiently developing the market. Strong local relationships and the right alliances are key to success”, said Ricardo Villate, Vice President, Research and Consulting, IDC Latin America and the co-author of this report.
Tags assigned to this article:
it news 9 brazil bpo idc indian companies mexico latin america ricardo villate colombia