New Delhi (India), July 28 (ANI): Legendary singer Lata Mangeshkar on Tuesday mourned the demise of veteran Bollywood actor Kumkum, who passed away earlier today at the age of 86.
The late actor had more than 100 films under her credit and has graced the screens by appearing in hit songs including 'Mere Mehboob Qayamat Hogi'.
Upon the news, the 90-year-old musician took to Twitter to express her sorrow and wished for peace to the departed soul of the actor.

Television director Naved Jafri was among the first few to break the news of her demise and to pay their respect.
He, on Twitter, shared multiple pictures of the late actor and recalled the memories attached to her. 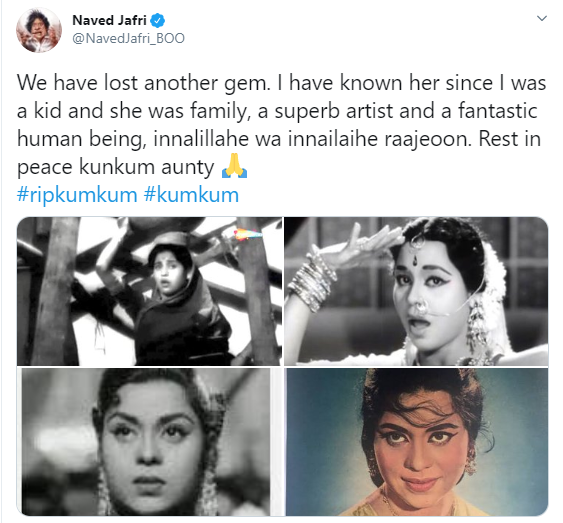