Large Disparity in Credit and Financing in Rural Areas 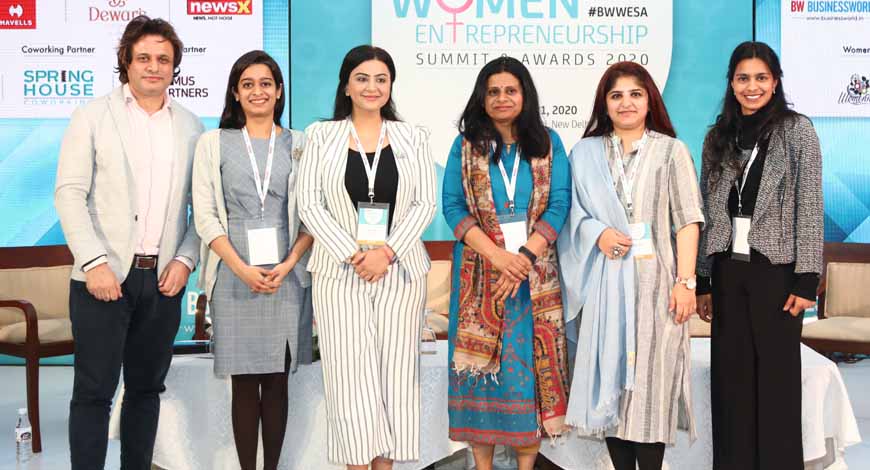 India's soul' resides in rural India. It is not only the lifeblood but a highly potent and unexplored market as well. The role and contribution of rural India in churning out successful entrepreneurs came up for discussion by an esteemed panel of eminent women entrepreneurs. The session was moderated by Ruhail Amin, Senior Editor, BW Businessworld.

Ruhail initiated the session by pointing out to the fact that most entrepreneurs do not start their venture with rural India even if it offers immense potential.

Seema Prem, Co-Founder of FIA Global, responded by sharing her experience of being a late entrant in the credit market that was tech-driven. “When we started, we had no choice but to start with most rural areas of India,” she said. “We designed AI products that were rural centric and we did face the challenge for the same in the rural areas. Gender disparity ails the credit and financing area in rural regions because credit visibility of women is hardly there in rural areas,” Prem said.

Soumya Dabriwal Founder of Project Baala that deals with menstrual hygiene products pointed to the challenge as well as the potential in rural India. “Educating rural women about hygiene and sanitation made my task difficult,” she said. Some of the other major challenges in rural India are lack of access to investment and lack of access to communication, she pointed out. “We are in a trade where gender bias can't take place but it's true that there is a gender disparity among men and women in the rural areas. However, people are now getting over it,” said Dabriwal.

Sakshi Talwar, Co-Founder, Rugs & Beyond pointed out to the role of middlemen and the ill-effect on artisans and weavers who often hail from the hinterland. “I saw the challenges and yet decided to enter a male dominated domain of rugs and home décor,” said Talwar. “Rural people are ready to adopt technology and this is changing the ground scenario,” added Talwar.

Lawyer Petal Chandhok from Trust Legal talked about the legal challenges arising out in the rural area. “Litigation does not know geography, therefore, people come up with their legal issues to us and we deal with them,” Chandhok said adding that affordability of costly legal services does come in the way for people coming in from rural areas. “Client settle in urban areas come to us for their legal issues in rural areas but it is not the reverse,” Chandhok added. Is there a gender bias in the legal fraternity? Drawing upon her experience of having worked in regional courts, Chandhok said: “In regional courts women legal experts are not as common as metropolitan cities. But this is changing now,” said Chandhok.

Prerna Mukharya, Founder of Outline India, a social enterprise on a mission to empower stakeholders to make data-driven decisions, stressed on how ‘good quality data’ is as much important for the customer in rural areas as much it is important in urban India. Prerna has also focused on measuring different demands coming in from different rural regions. “Lack of access to commutation for women is posing as a big challenge for rural women,” said Mukharya. “Gender doesn't come as a barrier in my work, but as a reality on-ground that matters a lot,” she added.