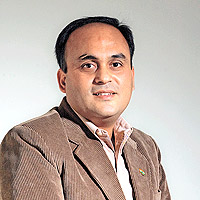 02 December, 2014
Print this article Font size -16+
It’s par for the course if you are young and successful. It’s pretty normal too if you are successful and rich. But if you are young, successful and rich, you are the new target customer for luxury firms. As young, affluent Indians take their rightful place under the Sun, luxury firms from around the world have taken note of a $4.5-billion opportunity and are wooing this under-40 customer base of nearly 30 million consumers unabashedly. The Intercontinental Hotel Group calls them the ‘laptop and latte generation’ and has developed specific in-room technologies to keep them connected. For Audi, India is its youngest market. An average Audi customer here is 30-35 years old (as against 43-45 years, globally). Luxury sellers are not just coming up with India-specific products such as Canali’s Nawab Jacket but are also introducing new ranges at the entry level to excite the youth. And young connoisseurs of luxury are happy to oblige. Analysts are now convinced it’s a cultural shift in the works.
My personal favourites in this special issue: an In Conversation with Giorgio Armani on what fascinates him about India on page 56, dining at the most expensive restaurants around the world on page 90, and the exotic pets you can buy legally for a price, on page 94. Don’t miss the experience of a luxurious haircut at the Mumbai outlet of barber to the British royals, Trufitt & Hill. That’s on page 104. And last, but not the least, adman Suhel Seth’s audacious take on where luxury advertising falls short. My colleague Smita Tripathi put together this jumbo package at breakneck speed.
As much as luxury is about exclusivity, ‘Netocracy’ stands at the other end of the spectrum as a concept for the masses. Derived from Internet+Democracy, Netocracy was popularised by Scandinavian authors Alexander Bard and Jan Soderqvist through their book Netocracy: The New Power Elite And Life After Capitalism. It suggested that in the digital era, power will not lie with those who own the means of production, as it does in capitalist societies, but with the masses. Or, with those who possess exceptional social skills and the ability to handle information. Assistant editor Abraham Mathews got five experts to explain how Netocracy can possibly play out, and where. Read that fascinating package on page 40.
If India continues to import nearly 75 per cent of its oil and gas requirements, it’s because of the widespread failure of our National Exploration and Licensing Policies (NELP). During the 15 agonising years under the policies, India may have awarded 260 blocks under nine rounds of NELP auctions, but only three of those discoveries have ever been brought to production. Read special correspondent Neeraj Thakur’s account of whether things will get any better under the comprehensive hydrocarbon policy in the works. Its intent is to cover areas way beyond oil and gas and get into the as-yet-uncharted territory of coal bed methane and shale gas. The policy will also spell out what the government will do to make oil blocks attractive for potential suitors.
(This story was published in BW | Businessworld Issue Dated 15-12-2014)
Tags assigned to this article:
magazine editors letter rajeev dubey internet issue 9 audi magazine 15 december 2014