Dehradun (Uttarakhand) [India], February 13 (ANI): The State Disaster Response Fund (SDRF) has visited the lake that has been formed near Raini village and they informed it is not a danger zone, said Uttarakhand Director-General of Police (DGP) Ashok Kumar on Saturday.
"The SDRF team visited the lake, formed near Raini village at a height of 4,200 meters, yesterday. Water is continuously discharging from the lake and it is not in a danger zone," Kumar told ANI.
"The team has also found a place to construct a helipad near Raini," he said.
Earlier on Friday, a lake has been formed near Raini village in Joshimath following the glacier burst causing massive destruction.
The DGP further informed that the National Thermal Power Corporation Limited (NTPC) is digging a shaft to remove debris inside the smaller tunnel.
"We have extended search till Haridwar after a body was recovered in Maithana yesterday," Kumar said.
"Progress on all fronts. Connectivity has resumed. Border Roads Organisation (BRO) working on Bailey bridge. There are SDRF and ITBP relief camps. District administration also taking care of people's needs. The search operation for missing persons is on," he added.
Chamoli District Magistrate (DM) Swati S Bhadoria on Saturday informed that till now 38 bodies have been recovered and two people were found alive.
"As per NTPC, excavation has been till 136m inside the tunnel. Excavators are also placed at Raini village after a body was found there yesterday," Bhadoria added.
Meanwhile, following the glacial burst and flash floods, the rescue operation is still underway today at the tunnel in Joshimath of Chamoli district. 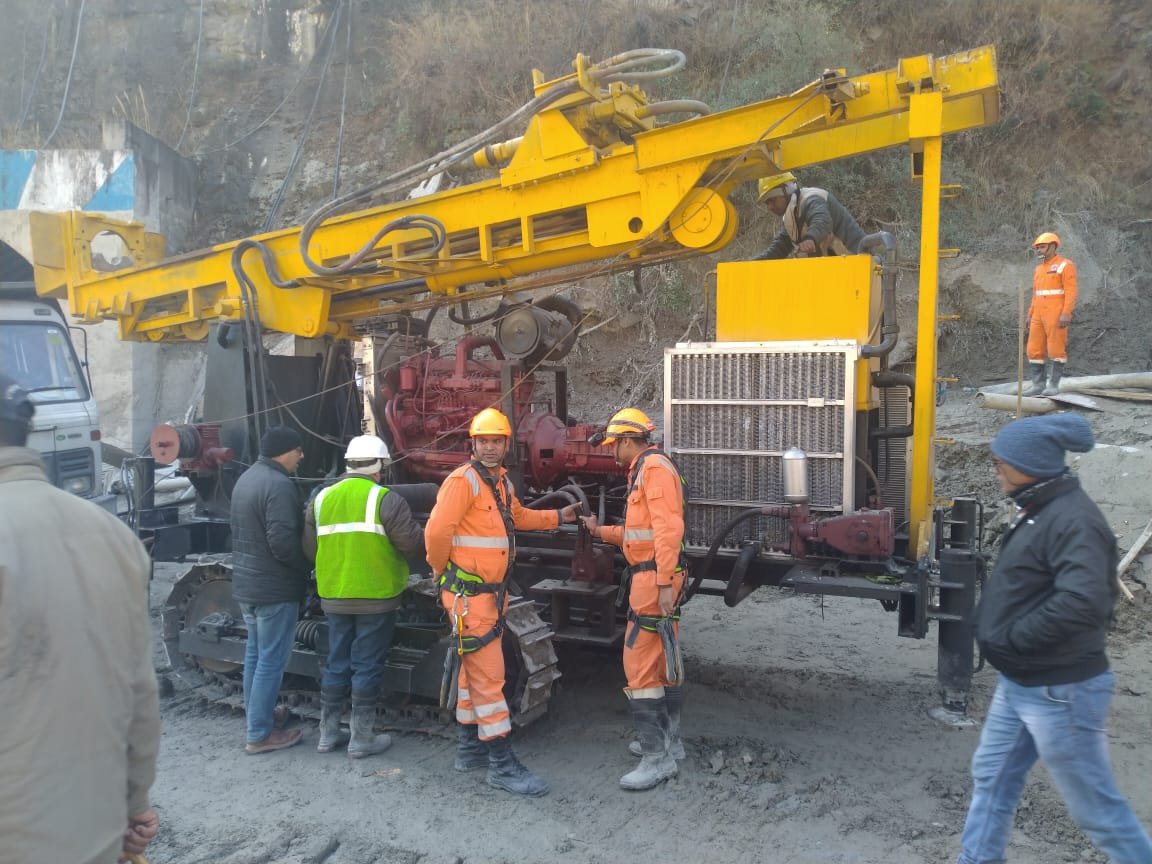 A joint team of SDRF, NDRF and ITBP and other teams are carrying out the operation.
The BRO has constructed a 200-foot Bailey bridge as an alternative in Uttarakhand's Chamoli. 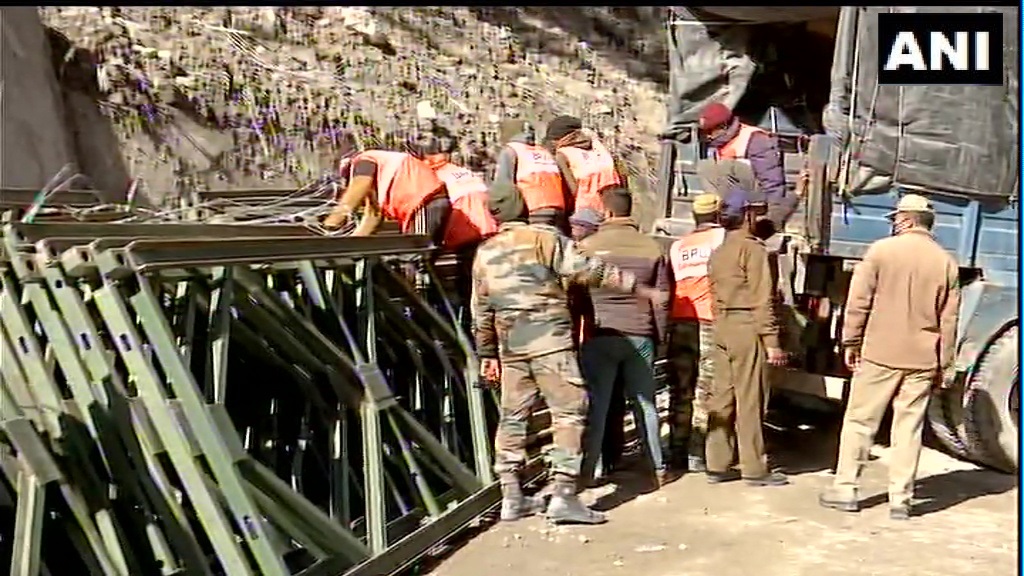 "Bailey bridge is the fastest we can launch. Subsequently, we will make a permanent bridge for connectivity in Chamoli. The bridge is an engineering challenge. We will launch it soon," said Col. Brijendra S Soni from BRO. (ANI)