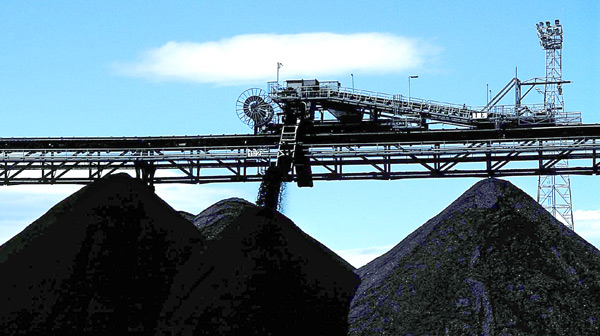 14 January, 2015
Print this article Font size -16+
Lok Sabha on Friday (12 December) passed a bill which provides for fresh auction of 204 coal blocks de-allocated by the Supreme Court in September with the government allaying apprehensions of some parties that the legislation would lead to privatisation of the sector.

The Coal Mines (Special Provisions) Bill, which replaces and Ordinance promulgated in October, was passed by voice vote overcoming demands by some opposition parties it be sent to the Parliamentary Standing Committee for closer scrutiny.

The Bill provides for "allocation of coal mines and vesting of the right, title and interest in and over the land and mine infrastructure, together with mining leases, to successful bidders and allottees through a transparent bidding process.

"This will ensure continuity in coal mining operations and production of coal. The bill prescribes the conditions to rationalise the coal sector for mining operations, consumption and sale."

Replying to the debate, Coal Minister Piyush Goyal allayed concerns raised by some members that the new legislation would pave the way for de-nationalisation or privatisation of the coal sector.

"We are in fact strengthening" the Public Sector Undertaking Coal India Limited, he said.

Contending that new law will encourage transparency as allocation would be made through e-auction, he said the effort was to undo the damage caused during the previous UPA government when coal blocks were "given free".

Responding to concerns about the workers' welfare, the Minister said there are enough laws to protect their interest and the new law will give maximum benefits to the people displaced by coal mine projects.

Members from parties like Congress, Trinamool Congress, BJD and Left demanded that the bill should be referred to the Standing Committee for a thorough scrutiny.

"In all aspects, we have covered eastern states, interest of workers and overall economy of the country," Goyal said.

Talking about the Ordinance as well as the Bill, the Minister said timely action taken by the government would benefit the coal-producing states of Jharkhand, Chattisgarh, Odisha and West Bengal. Besides, it would be beneficial for the power sector and consumers as a whole.

"Lakhs of crores or rupees would be going to the coal producing states like Jharkhand, Chattisgarh, Odisha and West Bengal... Provisions are there in the bill to ensure that funds will go directly to these states.

The ordinance was issued in October to facilitate auctioning of the cancelled blocks and the first round would see auction of 74 blocks.

Referring to concerns raised by members about coal production in the country, Goyal said Coal India Limited has the potential to produce one billion tonnes of coal.

"Government is looking to further strengthen Coal India," the Minister said while noting that more than 200 mines are yet to be explored by the state-run miner.

clearances for mining and related activities at coal blocks would be faster in the present regime than what was seen before, he said.

Earlier, Congress member Jyotiraditya Scindia said, "The proposed amendments are not required to auction the 74 coal blocks ... This bill must be sent to the standing committee."

Scindia, former Power Minister, insisted that the bill "makes a mockery of the Supreme Court ruling" and contended that a "wonderful opportunity to recast the coal sector" was being wasted.

Trinamool Congress member Kalyan Banerjee also demanded that the bill be sent to the standing committee, contending that there were several lacunae in the measure.

Members of AIADMK and BJD asked the government to avoid another scam in the sector as witnessed during UPA regime.

While BJD's Tathagata Satpathy and CPI(M) member Jitendra Chowdhury too wanted the bill to be sent to the Standing Committee and opposed any move to de-nationalise the coal sector, AIADMK's A Arunmozhithevan sought provision for compensating those who lose their land for coal mining activities.