Washington [US], December 6 (ANI): American actor Kyle Richards and her daughter are in isolation as they have detected positive for COVID-19.
According to Page Six, the 51-year-old star Richards confirmed on Instagram on Sunday that both she and her 20-year-old daughter, Sophia Umansky, contracted the virus. 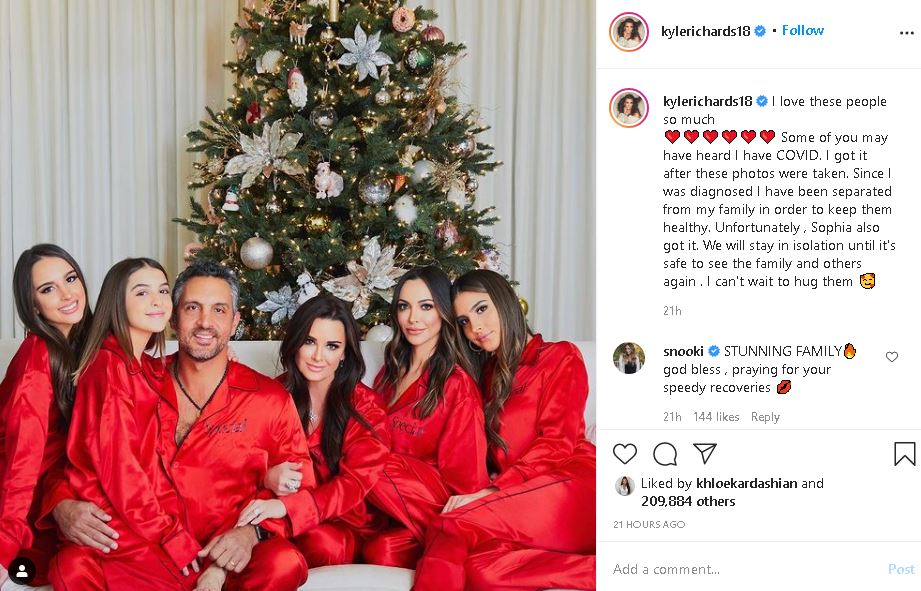 Sharing a photo featuring her family members, she wrote, "Some of you may have heard I have COVID. I got it after these photos were taken. Since I was diagnosed I have been separated from my family in order to keep them healthy. Unfortunately, Sophia also got it. We will stay in isolation until it is safe to see the family and others again. I cannot wait to hug them ."
As per Page Six, last week, reports claimed that Richard, and her 'The Real Housewives of Beverly Hills' co-stars Dorit Kemsley and Kathy Hilton, who is Richards' elder sister, had all tested positive following a crew member's diagnosis.
On November 27, Page Six reported that production on Season 11 of 'RHOBH' had been "temporarily suspended" over coronavirus concerns, and that "proper protocol" was being followed.
Page Six reported that after Richards posted her health update, a number of her celebrity pals publicly sent their well wishes, including fellow 'Real Housewives' Lisa Rinna, who commented with a series of black heart emojis, and Sutton Stracke, who wrote, "Beautiful family. get well soon! And that lovely Sophia." (ANI)