Dehradun (Uttarakhand) [India], January 15 (ANI): Marking the beginning of the auspicious Kumbh Mela on Thursday, over 7 lakh devotees took a holy dip in the bank of river Ganga in Haridwar, said the Information Department of the Uttarakhand government.
As many as 7,11,000 devotees performed rituals at Har ki Pairi during the time of aarti.
The government said that all COVID-19 health protocols were followed on the first day of the Kumbh and 974 people were fined for flouting the guidelines.

"The soldiers of Uttarakhand's Anti-Terrorism Squad (ATS), Pradeshik Armed Constabulary (PAC) and Central Paramilitary Force (CPF) and five teams of the Bomb Disposal Squad are deployed in Haridwar for the safety of devotees during the Kumbh Mela 2021," the state government said. 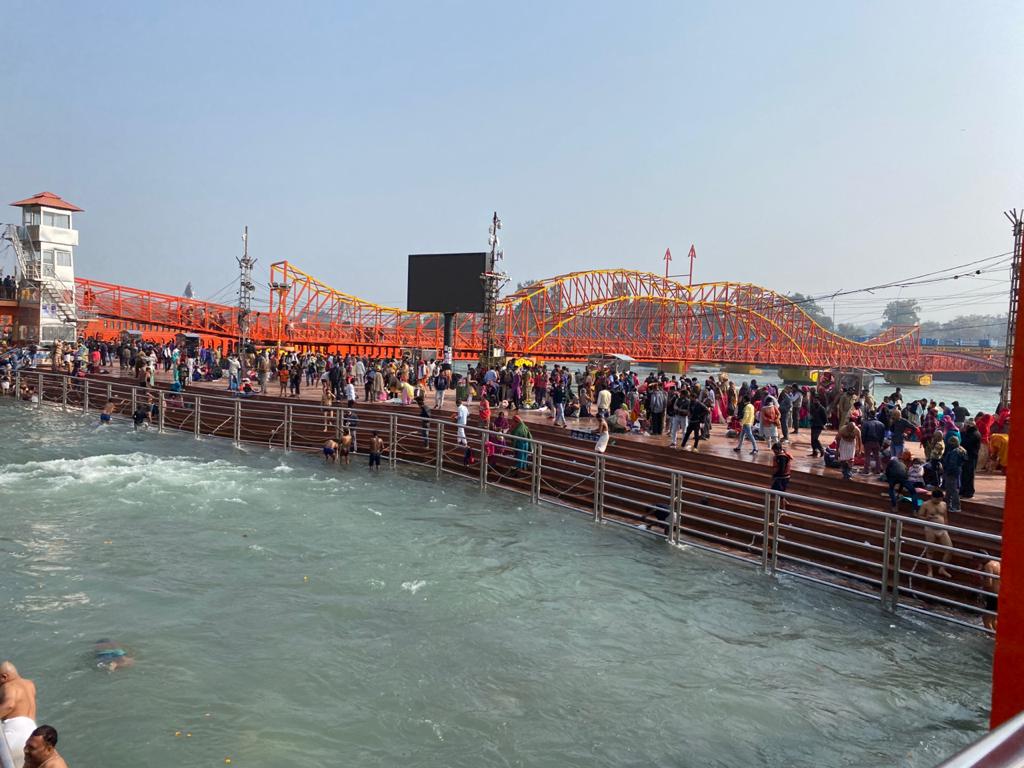 In addition to the radio communication system, concerned authorities have installed over 1,000 CCTV cameras to keep a strict vigil on the entire fair.
Due to the pandemic, this year the Kumbh Mela will be held for 48 days in Haridwar instead of three-and-a-half months. The Maha Kumbh is celebrated in a cycle of 12 years at four river-bank pilgrimage sites. The fair will conclude on April 27. (ANI)