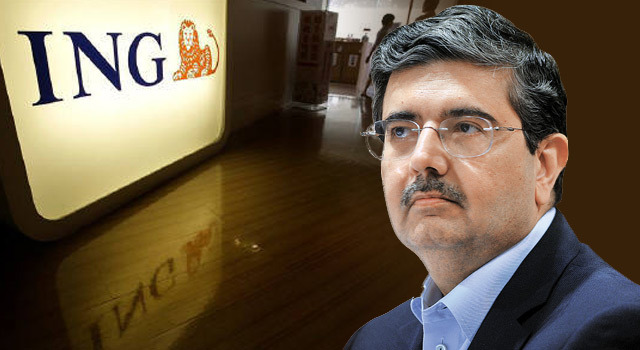 The Uday Kotak run bank said the consolidation was founded on leveraging "significant complementaries that exist between the two banks."

The merger would be done through a share swap in which 725 equity shares of Rs 5 each of Kotak Mahindra will be issued for every 1,000 shares of Rs 10 each held in ING Vysya Bank.

The deal is subject to regulatory approvals.

The transaction would be subject to approval of shareholders of both the banks as well as statutory approval from RBI and Competition Commission of India, it said.

ING Vysya Bank shares closed 7.15 per cent at Rs 814.20 per on the BSE ahead of the announcement which came after trading hours.

The statement further said: "this revenue synergy led and growth oriented amalgamation, adopting the best practices of the banking, governance and prudence from both banks is expected to result in a superior platform benefiting from efficiencies of size and scope over time for all shareholders, customers and employees."

Kotak Mahindra Bank was founded in 2004. It has 605 branches and 1,103 ATMs across the country. Bangalore-based ING Vysya Bank has about 677 branches.

Following the acquisition, Kotak Bank's number of branches would more than double. This is Kotak Mahindra Bank's first ever acquisition of any bank.

The last merger in the banking space took place in 2010 when ICICI Bank amalgamated Bank of Rajasthan.