Mumbai (Maharashtra) [India], February 26 (ANI): Bollywood star Kiara Advani on Friday treated fans to an adorable boomerang as she posed amid the picturesque view of snow-capped mountains.
The 'Good Newwz' actor hopped on to Instagram and posted a short clip in which she is seen cherishing the chilling weather in a hilly region.
Putting her 'snow glow' face on display, the actor is seen clad in a cute brown winter cap and donned a white ensemble. Kiara is seen all smiles as she smilingly winks at her fans. With her luscious locks open, the actor is seen donning a low make-up look and added a pair of trendy hoop earrings. 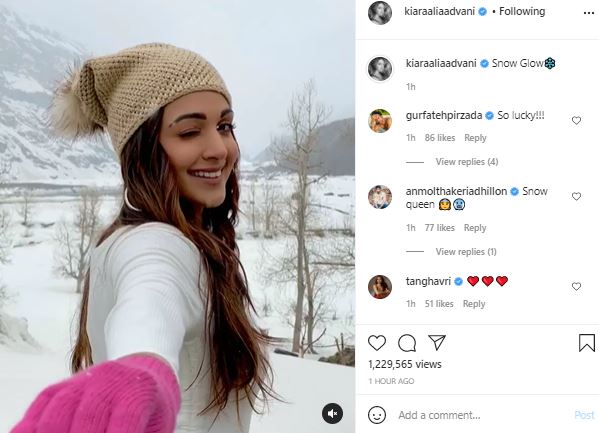 Taking to the caption, Advani wrote, " Snow Glow," and added a snowflake emoticon.
More than 1 million fans liked the post over the photo-sharing platform, while many chimed into the comments section, leaving adorable comments.
Scores of fans left red heart and fire emoticons as they loved the video posted over the actor's social media handle.
Meanwhile, on the work front, Kiara was last seen in the 2020 horror-comedy 'Laxmii' opposite superstar Akshay Kumar. She will next be seen in Raj Mehta's 'Jug Jug Jeeyo' alongside actor Varun Dhawan. (ANI)