Thiruvananthapuram (Kerala) [India], Aug 9 (ANI): Four shutters of Neyyar dam have been opened in Thiruvananthapuram district following heavy rainfall in the region, said the district administration on Sunday.
The shutters of Aruvikkara dam have also been opened, as the catchment areas of both the dams are receiving heavy rainfall since yesterday.
Meanwhile, Shiva temple located in Aluva continues to stay submerged in the water despite the water level of Periyar river going down. The river had swelled up due to heavy downpour from the past couple of days.
Locals of the area could be seen removing debris from around the temple. 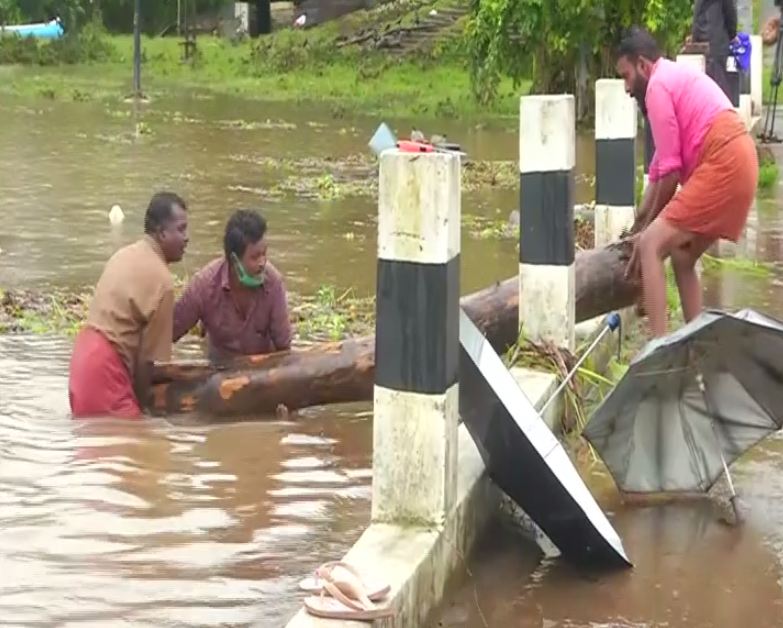