Thiruvananthapuram/Kozhikode/Malappuram (Kerala) [India], September 15 (ANI): Water cannons were used to disperse protesting members of the Kerala Students Union KSU) on Tuesday by the Kerala Police, after they held a protest outside the Collectorate in Kozhikode to demand the resignation of the state's Higher Education Minister, KT Jaleel, over his alleged involvement in the gold smuggling case.
Similar protests took place across the state, including a protest march in Thiruvananthapuram by several members of the KSU outside the Collectorate in Kozhikode.
The Bharatiya Janata Party's Mahila Morcha Committee also staged a protest in Malappuram in front of the district Collectorate in Malappuram. 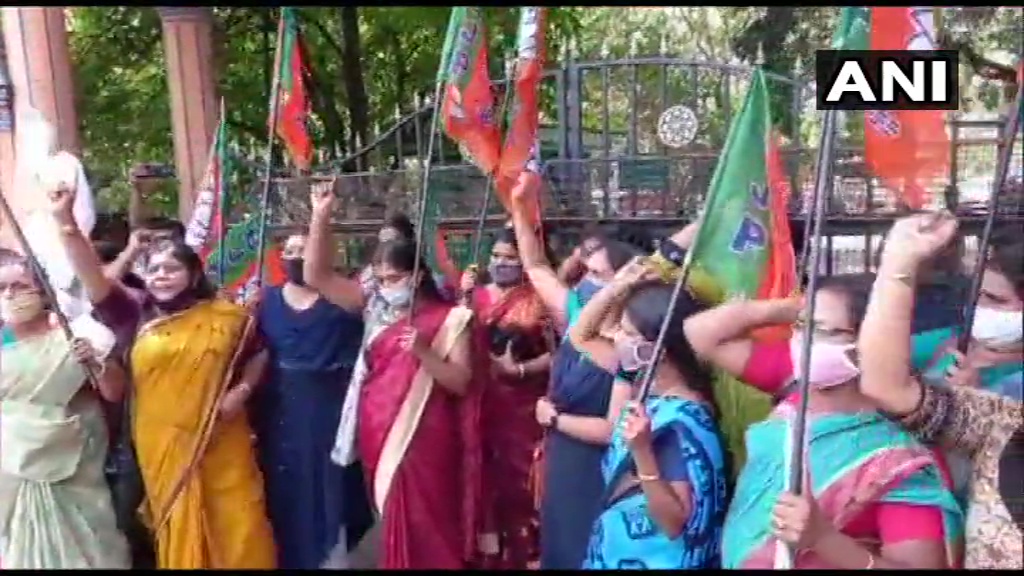 The Kerala gold smuggling case, which is being probed by the NIA, Enforcement Directorate and the Customs department, pertains to the smuggling of gold in the state through diplomatic channels.
The matter had come to light after 30 kg gold worth Rs 14.82 crores smuggled in a consignment camouflaged as diplomatic baggage was busted by the Customs in Thiruvananthapuram on July 5. (ANI)