Thiruvananthapuram (Kerala) [India], January 8 (ANI): The 22nd session of the Kerala Legislative Assembly began on Friday morning amidst ruckus by Congress-led United Democratic Front (UDF), while Kerala Governor Arif Mohammad Khan began his policy address.
The opposition leaders staged a walkout from the Assembly as the Governor began his inaugural address. Amid the ruckus, Khan reminded that no obstruction should take place while the Governor is carrying out his constitutional duty.
"I am doing my constitutional duty. It is expected that no obstruction shall be created while the governor is performing his constitutional duty", the Governor said
Opposition leaders staged a sit-in protest in front of the Assembly, demanding the resignation of the Left government-led by chief minister Pinarayi Vijayan.
Slogans were raised against Vijayan, calling him "corrupt" asking him to step down. The opposition demanded that the Speaker be removed from the post over his alleged involvement in the gold smuggling case and the dollar smuggling cases. 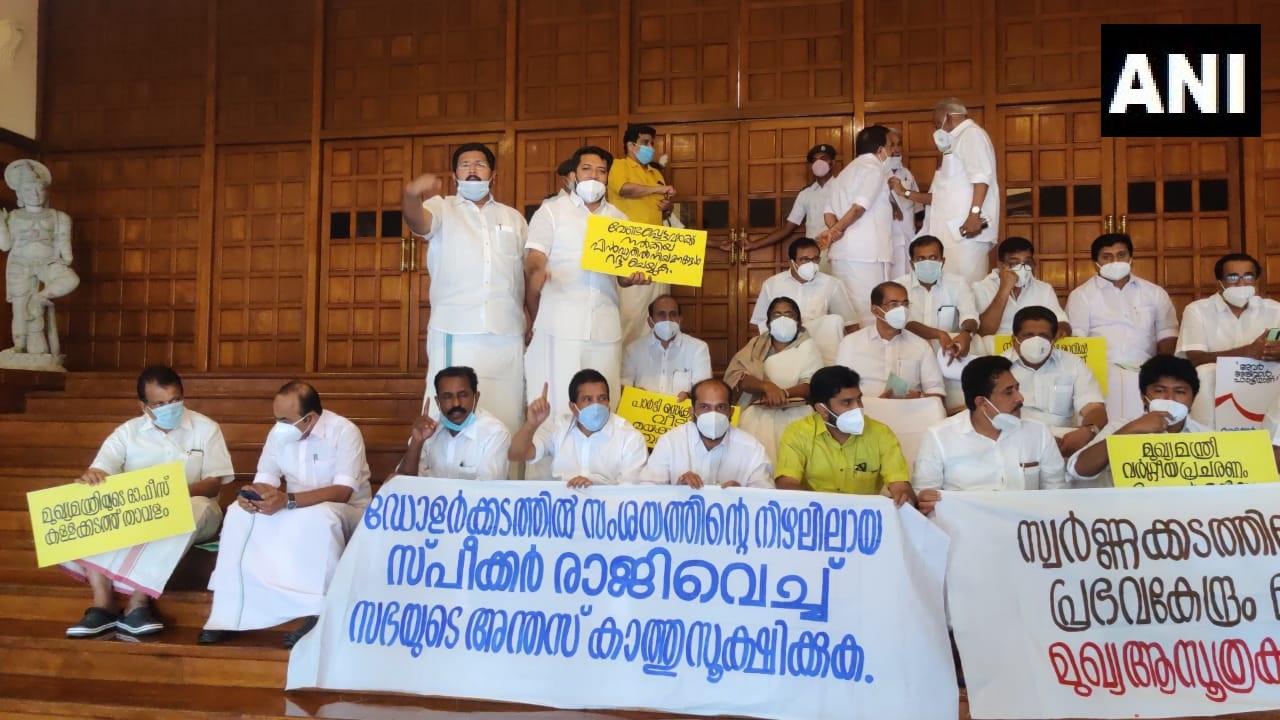 The opposition has also given notice to move a resolution against the Speaker.
Meanwhile, on Thursday, Assembly Speaker P Sreeramakrishnan said that he is not against moving any resolution.
Detailing on the calender of business in the Assembly, he said there will be an obituary reference on January 11 for leaders who recently passed away and discussion on the Governor's speech will be held between January 12 and 14.
"On January 15, the Finance Minister will present the budget. The assembly session will conclude January 28 as per the calendar," he added. (ANI)