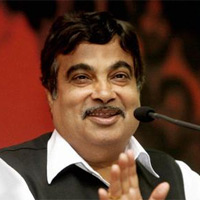 08 November, 2014
Print this article Font size -16+
In his latest 'expose', activist-turned-politician Arvind Kejriwal on 17 October targeted BJP president Nitin Gadkari, accusing him of receiving personal favours by getting around 100 acres of agriculture land in Maharashtra after the Congress-NCP government there bent rules.

Utilising a much-hyped press conference in New Delhi to "expose" Gadkari, the activist-turned-politician alleged that all parties were involved in a cosy relationship of "looting" the country even though they raise issues against each other just for the sake of it.

Specifically, Kejriwal alleged a quid pro quo between BJP and Congress-NCP government of Maharashtra, saying Gadkari and his party maintained "silence" over various issues of corruption like the irrigation scam surrounding the Maharashtra government.

He claimed that vast tracts of land were acquired from farmers for building a dam in Umred taluka in Nagpur district and excess land that should have been returned to the farmers was given to Gadkari and his company following Ajit Pawar's intervention.

The state government, which had rejected in 2002 the farmers' demand for return of the excess land, took the decision to give it to Gadkari within days of his request in June 2005, Kejriwal alleged.

Claiming to have letters signed by Ajit Pawar, he said that the then irrigation minister influenced the Vidharbha Industrial Development Corporation even though its secretary objected, saying it could not be done "legally".

Kejriwal Slams Khurshid For 'Murder Threat'
Kejriwal and his aides also tore into law minister Salman Khurshid for daring the activist to protest in his constituency as they saw it as a "murder threat" and accused him of acting like a "mafia don".

Kejriwal and lawyer Prashant Bhushan said the country's law minister should not be using such a language against his own people.

"Salman Khurshid has threatened me. The country's law minister should not use such a language. My life is not in the hands of Khurshid. My life is in the hands of God. We will go to Farrukhabad and we will return from there as well," Kejriwal told a press conference here.

Khurshid had at a function at a closed-door function last night said, "let them come and visit Farrukhabad. But let him also return from Farrukhabad," which was seen as a murder threat by the activist.

He also appealed to people from across the country to join him and his team at Farrukhabad on November one to protest against Khurshid in connection with allegations against his NGO..

"Killing me won't help because the country has been awakened. If one Arvind is killed, there will be another 100 Arvinds. Rather than threatening like this, it would be better that Congress sensed the anger of people and took some concrete steps against corruption," he said.

Bhushan likened Khurshid's behaviour to that of a "mafia don" and wondered why the country should have such a Law Minister.

"He has spoken such a language against people of his country. He has behaved like a mafia don," he said.