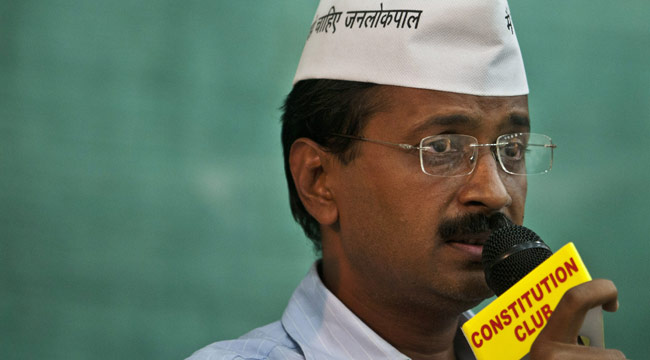 22 May, 2015
Print this article Font size -16+
The confrontation between Delhi Lt Governor and the AAP government on Saturday (16 May) intensified with Chief Minister Arvind Kejriwal asking senior bureaucrat Shakuntala Gamlin to not take charge as acting Chief Secretary of the city,a day after she was appointed to the post by Jung.
A senior Delhi government official said that in his letter to Gamlin, Kejriwal has said that her appointment is against the set rule. In view of this, she should not take charge as acting Chief Secretary of Delhi.
The move came a day after Lt Governor Najeeb Jung gave the additional charge of Chief Secretary to Gamlin, a 1984-batch IAS officer, hours after she wrote a scathing letter to Jung claiming that she was pressurised by a senior bureaucrat in CM's office not to be in race for the post due to her alleged proximity to BSES discoms.
Slamming the LG's move, the AAP government had yesterday said the LG cannot bypass the elected government and Chief Minister Arvind Kejriwal and that he acted against "the Constitution, GNCT of Delhi Act and the Transaction of Business Rules."
Jung had promptly rebutted the AAP government's allegations saying under Article 239 AA of the Constitution of India, the the Lt Governor is the representative of State Authority in Delhi.
Chief Secretary K K Sharma has left for the US on a personal visit due to which the government had to appoint an acting Chief Secretary. Gamlin is currently serving as Power Secretary.