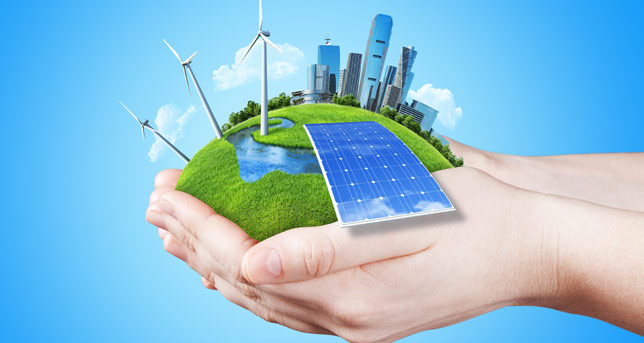 
Making cities smart will make them engines of economic growth besides giving decent life to the citizens, said Venkaiah Naidu, Union Minister of Urban Development releasing the list of 98 cities that will be part of NDA government’s ambitious Smart Cities project. The list is lead by Uttar Pradesh with 13 cities followed by Tamil Nadu with 12 cities. Other cities include 10 from Maharashtra, seven from Madhya Pradesh, three each from Bihar & Andhra Pradesh. Each smart city would get a Central assistance of Rs 100 crore per year for five years.
Of those chosen for the project, 24 are capital cities, 24 are business hubs and 18 are cultural centres. Cities like Patna, Bengaluru, Kolkata, Gurgaon, Thiruvananthapuram and Shimla have failed to make the cut in round one. During the selection process, each state was assigned a specific number of Smart City slots based on urban population among other factors.
Earning a Smart City tag requires the city to be in the forefront of service levels, existing infrastructure and track record for coping up with changes. Later in the year, a list of top 20 cities will be short-listed which will then be financed this year. As for the rest of the cities, they will be asked to improve upon their respective deficiencies and gear up for the next round of the competition, experts said.
Continuous supply of water and electricity, advanced health facilities, hassle-free transportation system, wi-fi enabled zones, effective garbage collection and treatment of garbage and sewage are some of the essential components of the Smart City project.
Uttar Pradesh, the most populous and politically vital state, will get the most number of Smart Cities - 13. The state government has also recommended Congress president Sonia Gandhi's constituency Rae Bareli.
The Smart Cities project will impact 13 crore population, or 35 per cent of urban population, across 98 cities. Central government proposes to give financial support to Mission to the extent of Rs 48,000 crore over 5 years. As per the mission directives, the State/UTs and urban local bodies have an important role to play in the implementation of SmartCity Mission.
Devendra Kumar Pant, the chief economist of India Ratings & Research said, “Selection of smart cities is first step. Major challenge is to provide quality urban services such as 24X7 water supply, sanitation, drainage, solid waste management, sewage treatment. Looking at finances of urban local bodies, which are far from healthy, provision of these services will be challenging.”
Prime Minister Narendra Modi had launched the criteria and guidelines for 100 Smart Cities to be selected through city challenge competition in June 25.
Barring Jammu and Kashmir, all states have finalised the names of proposed Smart Cities through competition.
According to Pradip Bhattacharya, chairman of the Parliamentary Standing Committee on Home Affairs, Cyber security crime will be a major challenge for the 100 smart cities project. He recently said that it will require replacement of traditional laws with modern ones focusing on crimes related to digital information.
"Traditional laws will need to be replaced by modern police laws that will recognise newer crimes and ensure appropriate focus on crimes related to cyber security like information and identity thefts, breach of data privacy and, hacking of websites and networks", Bhattacharya had said at a recent FICCI event.
According to another expert, a smart city needs to have an integration of concepts like urban planning, energy conservation, smart traffic management and human management. This means cleaner water supply, 24x7 power supply, better health care, waste management among a whole host of systems and processes.
“Smarter cities need to be able to generate employment options. There should be an ease of doing business. It should not be a chaotic city to say the least. But if such a city develops, what systems will be put in place to check the migration of rural poor from neighbouring or far-off states. I don’t think that aspect has been taken into consideration as there may be legal issues too,” said a senior executive of a tech company.
Here is a look in detail on which state has which cities in line to become a smart city.
Uttar Pradesh leads the pack with 13 cities (Moradabad, Aligarh, Saharanpur, Bareilly, Jhansi, Kanpur, Allahabad, Lucknow, Varanasi, Ghaziabad, Agra, Rampur)
Tamil Nadu has 12 cities figuring in the list - (Tiruchirapalli, Chennai, Tiruppur, Coimbatore, Vellore, Salem, Erode,  Thanjavur, Tirunelveli, Dindigul, Madurai, Thoothukudi).
Next comes Maharashtra with 10 cities (Navi Mumbai, Nashik, Thane, Greater Mumbai, Amravati, Solapur, Nagpur, Kalyan-Dombivali, Aurangabad, Pune).
North East had eight cities in Agartala, Namchi, Pasighat, Guwahati, Imphal, Shillong, Aizawl, and Kohima.
Madhya Pradesh has seven cities in the list (Bhopal, Indore, Jabalpur, Gwalior, Sagar, Satna, Ujjain).
Six city states include Gujarat - Gandhinagar, Ahmedabad, Surat, Vadodara, Rajkot, Dahod and Karnataka (Mangaluru, Belagavi, Shivamogga, Hubballi-Dharwad, Tumakuru, Davanegere).
Rajasthan has four cities (Jaipur, Udaipur, Kota, Ajmer) so has West Bengal (New Town Kolkata, Bidhannagar, Durgapur, Haldia).
Three cities states are Andhra Pradesh (Vishakhapatnam, Tirupati, Kakinada), Bihar (Muzaffarpur, Bhagalpur and Biharsharif), and Punjab (Ludhiana, Jalandhar, Amritsar).
States with two cities each include Chhattisgarh (Raipur, Bilaspur), Haryana (Karnal, Faridabad), Odisha (Bhubaneshwar, Raurkela) and Telangana (Greater Hyderabad, Greater Warangal).
Lone cities include Delhi, Chandigarh, Diu, Port Blair, Kochi, Ranchi, Kavarrati (Lakshadweep), Silvassa (Dadra and Nagar Haveli), Panaji, Dharamshala, Oulgaret and Dehradun.
Tags assigned to this article:
smart city nda government prime minister narendra modi m venkaiah naidu ashish sinha