Mumbai (Maharashtra) [India], December 6 (ANI): Reminiscing about the shooting of one of the peppy dancing numbers from their 2019 comedy-drama 'Pati Patni Aur Woh', actor Kartik Aaryan, on Sunday got nostalgic and celebrated 1 year anniversary of the Bhumi Pednekar and Ananya Panday co-starrer.
The 30-year-old star Aaryan posted a clip on Instagram that featured the rehearsals for 'Ankhiyon se goli marey' song. In the video, Aaryan is seen shaking a leg with his glamorous co-stars Bhumi and Ananya as they perform the hook step of the song.
The 'Pyar Ka Punchnama' star also penned a note of thanks for his fans who showered love on the film which clocked one year of its release.

"One Year of #PatiPatniAurWoh.Thank you for showering so much love on us," wrote the 'Love Aaj Kal' star.
Recalling the energy of the song, he added in the caption, "Missing this madness and all the energy of song shoots."
Bhumi, too celebrated the one year mark of the film, by sharing some candid pictures of the trio on her Instagram story. 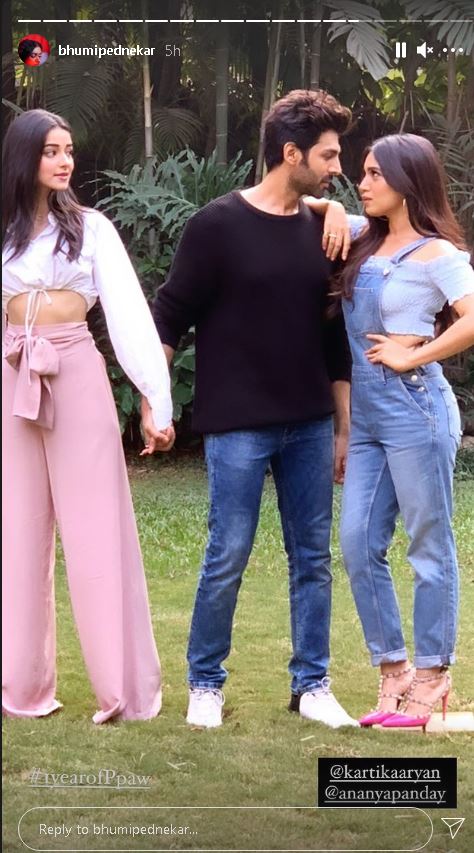 Ananya also recalled her character Tapasya Singh in the movie and shared captures of various fan pages that celebrated 1 year of 'Pati Patni Aur Woh' on her Instagram Story. 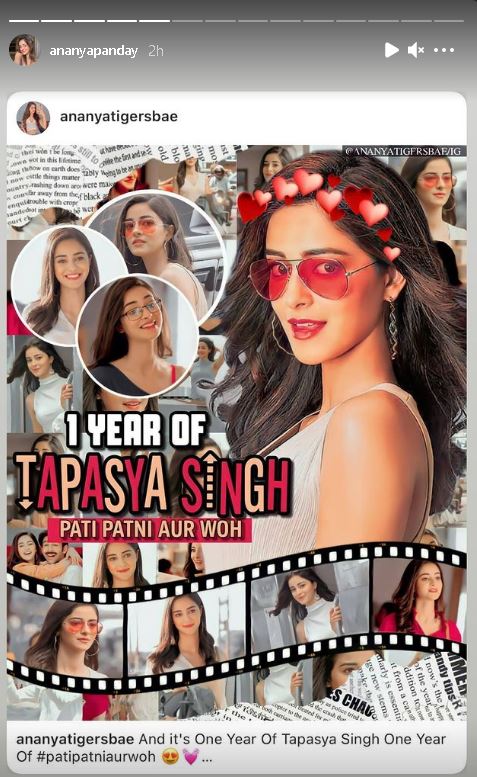 'Pati Patni Aur Woh' is a remake of the 1978 film with the same name and also features Ayushman Khurrana's brother Aparshakti Khurrana in a supporting role.
irected by Mudassar Aziz and produced by Bhushan Kumar, Renu Ravi Chopra, and Krishan Kumar. (ANI)