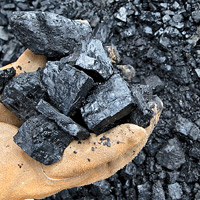 08 November, 2014
Print this article Font size -16+
Karnataka expects to reopen 19 iron ore mines this fiscal year, which were shut by a court in 2011, increasing supplies to local steel mills by 30 million tonnes, the head of its mines department said.

India used to produce 200 million tonnes of iron ore a year and sell about half of that overseas before bans on production aimed at curbing illegal mining in Karnataka and top producer Goa slowed production and exports to a trickle.

Nine mines have already restarted in Karnataka, which used to produce about 50 million tonnes before the Supreme Court imposed a ban on mining there nearly two years ago.

"(Another) eight to nine mines can be opened immediately this month, provided the honourable Supreme Court allows that," said H.R. Srinivasa, director at Karnataka's department of mines and geology. "A decision is expected this month."

Last September, the Supreme Court allowed the reopening of 18 mines of Karnataka's 170 total as long as operators fulfilled reclamation and rehabilitation criteria. The court is expected to add another 10 mines in the course of this year.

"Many companies are already working on reclamation and rehabilitation," Srinivasa said, referring to court-mandated steps such as building fort-like walls around the mines and using rain water for sanitation. Srinivasa heads the committee that recommends to the Supreme Court which mines are fit to reopen.

The court may eventually allow a total of 120 mines in the state to restart and shut the remaining 50 mines due to illegalities, according to the Federation of Indian Mineral Industries, which is also advising the top court.

With few exports from Karnataka and Goa, iron ore producers such as Vale<VALE5.SA>, Rio Tinto<RIO.AX> <RIO.L> and BHP Billiton<BHP.AX> <BLT.L> have taken some of India's market share in the export markets of China, Japan and South Korea.

Indian steel companies have been operating below capacity because of supply shortages due to the bans. JSW Steel Ltd<JSTL.NS> and Kalyani Steels Ltd<KLSL.NS> are two steelmakers that use iron ore from Karnataka.